Working Out on a Budget 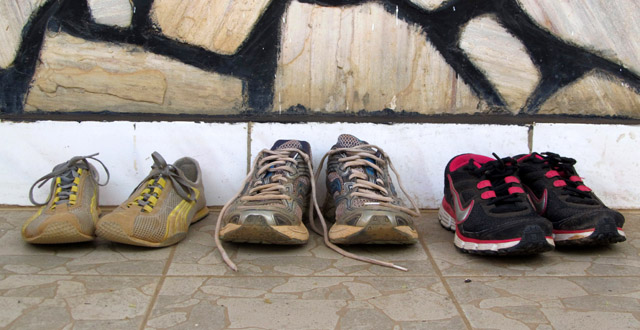 My second weekend in Kigali I was invited to a party. Imagine how jazzed I was! Everything about this city was new and exciting. I was ready to figure out the scene. I had a great night! I did some mingling, had some drinks, and before long a handsome American guy approached me. No need for introductions, we met earlier that day. I smiled and sipped my waragi and passionfruit juice as he told me a little more about himself. We were standing near a table that had a big bowl of roasted potatoes and some other finger foods. Mid-sentence, he glanced over as a  pretty girl grabbed handfuls of potatoes in a rage. Been there, done that, I liked her already.

He said, “Look at this girl.” I thought, “No no, gaze into my eyes.” He cooly continued on, “You know the Freshman 15?” Yes, I do, and the Sophomore Fifteen as well, we’re tight.  He went on, “Well, they say there’s the Kigali 30.”  He went on explaining how he’s seen her around and she’s only gotten bigger. He said, “I’m just warning you, It’s easy to gain weight here. Be careful.”

Let me stop there. Because that’s about where the conversation ended anyway.

If you haven’t heard of the Freshman 15, it’s a nickname for the pounds American students add once they start college due to all of the… studying.

I don’t know if this guy thought he was being suave or that he was chosen to be my angel in the outfield. Whatever it was, I got a kick out of it. I haven’t forgotten his sobering words of advice, though. He had a point, after all. Just think about all the chips served in Kigali on a daily basis. The most widely available foods here are starchy and fried.

Eating fresh and healthy on a budget is easy. Getting proper exercise is a bit more taxing. It doesn’t matter where you are in the world, chairs are universal and it’s easy to sit all day. What are you doing right now?

Even if you can afford dinner at nice sit-down restaurant (see what I did there?), gym and pool memberships are still expensive. Some people need to fork over francs in order to work out. I don’t blame them, they’re looking good.

Personally, I’ve always been an advocate for free exercise, at least as long as I’ve advocated anything exercise related. Lucky for me, I can’t afford to ‘do sport’ anywhere fancy anyway. If gyms and clubs aren’t in your budget, don’t give up. You can workout anywhere!

How’s your Intore dance coming along? You’ll need to break that out at some point, guaranteed. Might as well make it good.

Anybody out there do their own laundry? Here’s a good 30 minute cardio routine: Soak 6 pairs of trousers in Sunlight detergent then scrub, rinse, and wring. It’s a lot like boxing and really targets arm muscles. Hang your clothesline extra-high for a real tricep boost at the end. Wet pant-leg slaps to the face are a rewarding cool-down.

Do you have somewhere to be? Pack some deodorant and leave early enough to walk. I can’t stress enough how great Kigali is for walking. We really do live in a beautiful city. Hills are hardly avoidable although worth the strain. Give your fine quads and glutes the love they deserve.

Of course, you can run too. I see a lot of runners, usually around twilight. I have the utmost respect for runners and can only imagine how enjoyable running voluntarily must feel. It’s not for me, but I’m happy to give a smile and thumbs up to anyone who loves running. That being said, Kigali, here is my bold plea to please respect the runners. They may be crazy but they are working hard. If you see one coming while you’re standing in the middle of the sidewalk with your buddies, step aside. What’s with all the elbow-checking and driving the runners to pass in the busy streets? There are too many open pits in these parts. Look out for one another.

Trickiest of all to train are the abs. Especially if you don’t run (I hear running makes abs). I still don’t know if those muscles actually exist on my body, but I’m going to find out. People always buy contraptions to “melt away belly fat” but I think a good dose of self-discipline goes a long way. If you’re looking for a fun alternative to sit-ups, you may have to spend a little bit of money – but this idea is worth it. My first week in Kigali I was at the Nakumatt to buy necessities and I dropped Rwf 11,000 on a good and sturdy hula hoop. As an adult, I finally learned how to ‘hoop’ and lured my now-friends over for some ‘hoopin’.’ It’s not only good for skill-building and networking, it’s a great workout!

If your coworkers are telling you, “You’re adding,” don’t be discouraged, it’s meant to be a compliment after all. And seriously, don’t let anyone bring you down because of the way you look. Remember though, treating your body like a temple, (or giving it the respect any living and breathing thing deserves) relieves stress and releases all those happy endorphins. Those happy feelings are ready and raring to go, so lace up some shoes and move a little! You can do that for free. 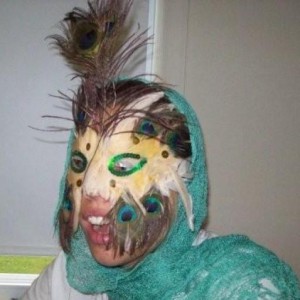 Reared in the Pennsylvania wilds, I acquired a natural curiosity for the world around me. In early 2012, I packed my bags, bid farewell to the Shire, and returned to roll in the hills. A renaissance woman of mediocre ability, I'm continuously pursuing all sorts of projects and turning over rocks as I find them. I’m enjoying the journey and maintaining that every day is a good day. Email me at lia@livinginkigali.com.

1 thought on “Working Out on a Budget”