Any person who has spent even the shortest amount of time in Rwanda knows the impact that the 1994 Genocide Against the Tutsi has had on this land of a thousand hills. It’s hard to imagine that such a beautiful environment could breed such hatred but so important to understand the underlying causes that led to the Genocide. Genocide ideology was a slow burning fuse that erupted late on April 6th, 1994 following the crash of President Habyarimana’s plane. In 100 days of darkness almost 1 million lives were lost and the social fabric of the Rwandese was deeply torn.

As a foreigner living in Kigali, the commemoration period can feel like a time where I don’t really belong. In 1994 I was one year old, living halfway across the world, and definitely had no idea about what was happening in the world I lived in. I have been privileged to almost always feel secure wherever I live and have never feared for the safety of my loved ones. How can someone who has not gone through a genocide or violence of the same magnitude relate to Rwanda’s national healing processes? Is it right for me to participate in the commemoration activities? And if so, how should I do so?

While I cannot commemorate in the same sense that my Rwandese friends and coworkers can, I believe there is space for me to participate in commemoration. As a foreigner, I feel it is really important to reflect on the Western world’s influence in genocide ideology and ultimate lack of action to prevent the Genocide in the early 1990’s. Colonialism turned Rwanda’s three groups based on job positions into a racial hierarchy where one had never previously existed. Furthermore following independence in 1962, the Belgians left a newly independent Rwanda with no infrastructure for working together after decades of oppression. When foreigners living in Rwanda warned of growing violence, Western institutions turned a blind eye in order to save face following previous failed missions. This escalated into the 1994 Genocide Against the Tutsi. As much as I wasn’t part of these systems, I still carry the weight as a person of European ancestry and Kwibuka is a sensible time to reflect and grapple with this.

The first step of commemoration as a foreigner is to listen and learn about what lead up to 1994. I was fortunate to study the Genocide Against the Tutsi in one of my university classes and read a really informative book We Wish to Inform You That Tomorrow We Will Be Killed With Our Families

by Philip Gourevitch. This book is full of testimonies from survivors and perpetrators collected by a journalist in the years following the Genocide and gives context for how the Genocide was possible and the refugee crisis it produced.

, and Shake Hands With The Devil

(which is also a book) These films can easily be found for sale around town and are a good way to attempt to understand the events of 1994. You can also find an online genocide archive that is maintained by Aegis Trust, the same organization that runs the Kigali Memorial Center.

Attending commemoration events is also a good way to understand Rwanda’s ever-evolving healing processes. Usually held on or close to April 7th, which is the official start of commemoration week, there is a Walk to Remember which ends at Amahoro Stadium for commemoration activities. Gathering at the Parliament building at Gishushu was a meaningful time to reflect and remember those lost in 1994. During commemoration week there are often arts events happening throughout Kigali to use performance and films to remember. Art has played a crucial role in tackling Rwanda’s post-genocide challenges and is a key part of reconciliation and healing.

In my opinion, the most important way to commemorate the 1994 Genocid Against the Tutsi is to be there for your Rwandan friends and support them during this difficult period. Make sure you spend time with them and let them know that you are there if they need anyone to talk with. If you have friends who lost many loved ones in 1994, offer to accompany them to the commemoration sites and go to any events with them. But don’t forget to respect their wishes if they need space, alone time, or prefer to commemorate with fellow Rwandans.

One thing that has really touched me is the support systems that have been built both from the government programs and starting organically from different communities. I was invited to join a What’s App group called Hora Rwanda Family which means something like “so sorry for what has happened to you Rwanda.” In the group of 68 people, different families of 4 or 5 have been formed with a mother, father, and children. The point is to promote meeting new friends and build families who are there to care for one another and love one another unconditionally. I was so surprised how this idea came from survivors themselves and how loving once strangers were to start a family together; it’s a beautiful way to rebuild. 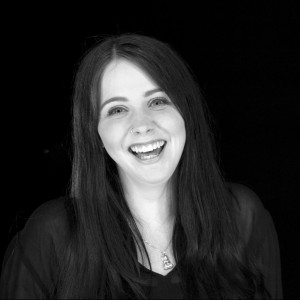 Originally from New York by way of San Francisco, Maija is an artist-activist and administrator at Mashirika Performing Arts and Media Company. She is passionate about using arts for social justice and is part of the organizing team for Ubumuntu Arts Festival.