Last month a post was written over on my other site, Living in Kampala, called 25 Signs that You’re a Legit Kampala Expat and it went mini-viral for about a week and people loved it and praise was heaped upon us and it was great! So I thought… I can write something like that for Kigali, yes I can! Well I did. And instead of 25 measly points, you get 99! Because everyone knows Kigali is four times as good as Kampala. Right? So… here you go! And please share this around if you like it!
1. You walk alone at night and take rides offered by complete strangers and don’t think twice about your personal safety.

2. You know what nyama choma and aka benz are.

3. You know that the word ‘mini’ has more to do with government than it does with size. 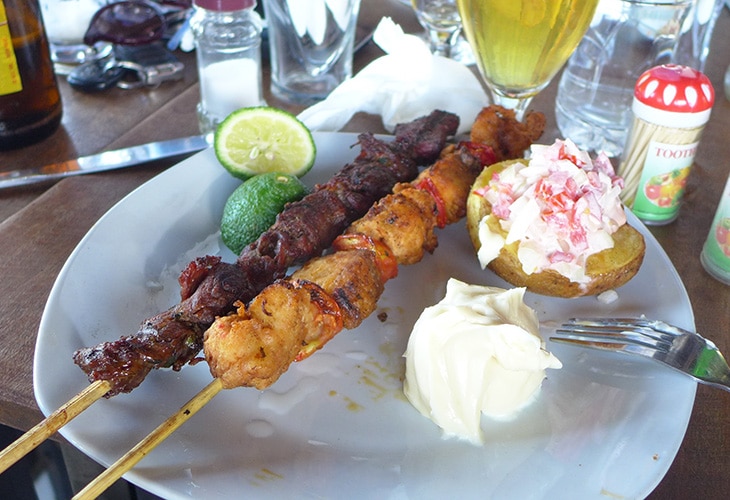 4. You know where to get the best brochettes, fish, nyama choma, and aka benz and share the locations with only your favourite and most trusted friends.

5. You’ve had something stolen from Sundowner.

6. You long for the days of Old Papyrus.

7. You know that nothing will get done when it’s raining.

8. You approach busy roundabouts with an intense fear of other drivers.

9. You get out of traffic tickets by speaking quickly in English, pointing at things, and generally acting erratic and confusing until they wave you on.

10. You walk on the grass at every opportunity when you’re outside of Rwanda. 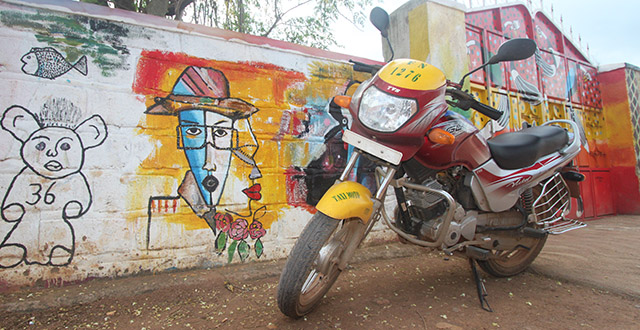 11. Motos have ruined you for life for cheap and convenient transportation (and fun! And kind of dangerous… I guess).

12. You fully appreciate the wonderfulness of having two of the world’s most beautiful lakes (Kivu and Bunyonyi) within a three hour drive and take advantage of that as often as possible.

13. You skip chips and order ibirayi instead.

14. You understand the various meanings of mmm, aaaah, meeeh, and yeeee. 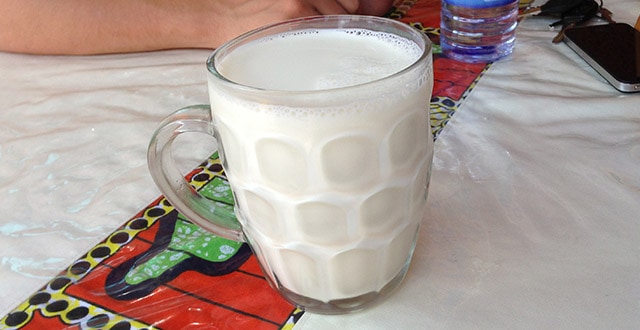 15. You’ve developed either a passionate love or extreme dislike of ikikuvuto and understand that there’s no middle ground on the matter.

16. You’ve come to realise that what often appears to be an intense and loud argument in Kinyarwanda is actually a friendly conversation.

17. You’re pleasantly surprised when a meal at a local bar comes within two hours.

18. You want to hug your waiter when your bill at a local bar appears to have been done correctly the first time.

19. Mayonnaise mixed with ketchup and pili pili is an acceptable and delicious dipping sauce.

20. You know what akabanga is and are not shocked that it comes from an eye dropper-like container.

21. You’ve learned that cake here is never as delicious as it looks. Fool me once… 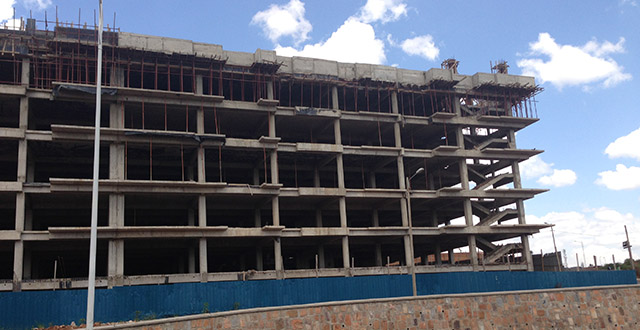 22. Seeing an entire block of newly constructed buildings each time you visit another part of town no longer surprises you.

23. You know that ‘Fanta’ means Coke, Sprite, Fanta, and probably even tea and coffee.

24. You accept that Fanta is the beverage of choice at all social gatherings.

25. You know that toilets in Nyamirambo bars are best approached with adult diapers.

26. You haven’t cleaned your own bathroom in quite some time and get cold sweats at the thought of doing so.

28. When your moto driver rips you off you laugh at him until he smiles and gives you the correct change. 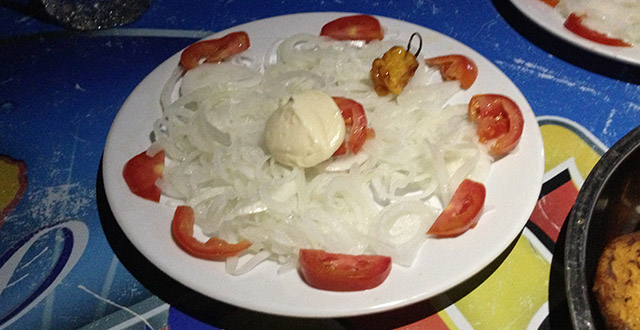 29. You’re no longer phased that ‘salad’ is sometimes a plate full of delicious onions and you happily eat them all.

30. You know better than to go out to dinner with more than six people at once.

31. Living inside a walled compound no longer feels like you’re in some sort of a strange reverse prison, it feels like home (but it’s still kind of weird…)

32. You talk far too much about cheese and service at restaurants. You never talk about the service at cheese restaurants, however.

33. You understand that ‘I am coming’ probably means nothing of the sort.

34. You’ve cycled through the phases of The Evolution of a Kigali Social Life at least 3 times. 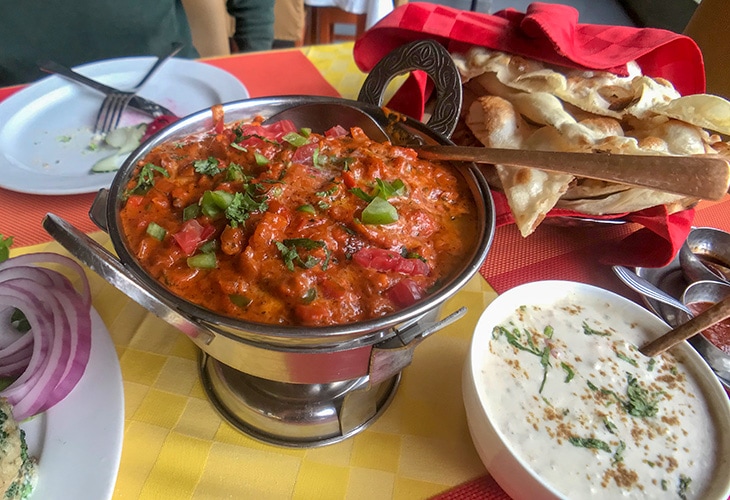 35. You have a favourite Indian restaurant and will not let anyone tell you that yours isn’t the best in town. The best is totally Zaaffran, by the way.

36. You’ve gotten used to the sounds of 6am gardening outside your bedroom window and know that there’s just no way to make it stop.

37. You’re baffled that the world has yet to discover the gingery, chocolatey goodness of an African coffee (or African tea, for that matter).

38. Seeing a man carrying a metal bed frame on a moto no longer surprises you. Nor does a guy walking down the road with a bathtub on his head.

39. You feel cheated that your parents and school system never taught you how to carry things on your head. 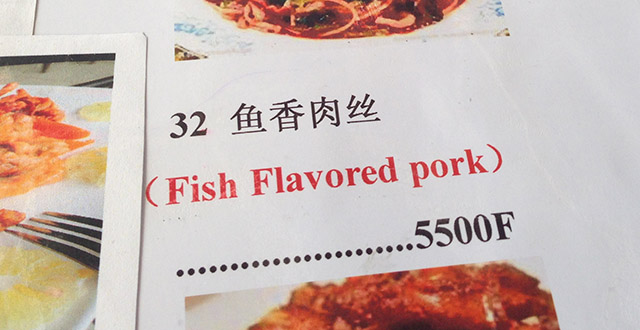 40. You’re amused by Bourbon‘s ‘vegan sandwich with ham’ and other menu quirks found around town.

41. You’ve learned that you can get a great house in Kicukiro for less than a third of the price you were paying in Kimihurura.

42. Riding on a moto with ridiculous items such as giant mirrors or four bags of groceries has become normal for you.

43. You know that the closest you’ll get to a cocktail at a bar, is ordering gin and tonic separately, then asking for an extra glass.

44. You use uphill moto rides as an opportunity to exercise your core.

45. You’ve fallen down one of the giant gutters at the side of the road either with your car or with yourself.

46. You smuggle one plastic bag into the country to have something waterproof to wrap your stuff in during rainy season – and feel ashamed. 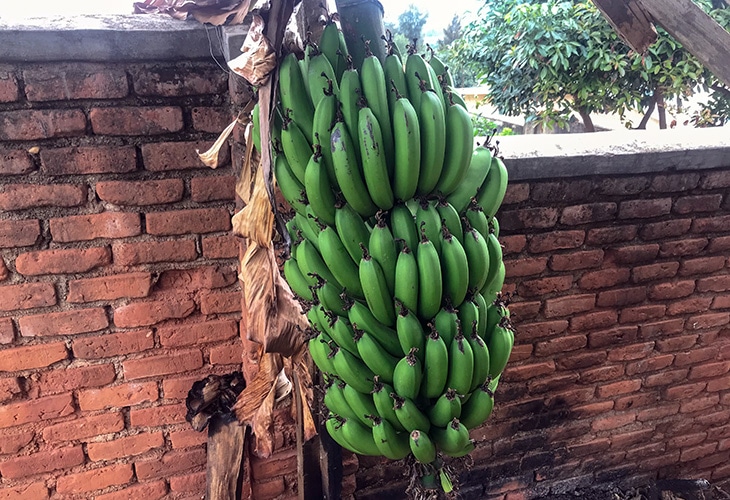 47. You know that in the case of bananas, bigger is not better.

48. You appreciate the city’s clean streets and, despite being a jerk who smuggled in one plastic bag, you’re proud of Rwanda’s bag ban and tell your friends all about it at every opportunity.

49. You’ve mastered the art of stacking a buffet plate sky high and feel no shame at asking for a takeaway container for the leftovers.

50. Immigration has made you cry.

51. You’ve had one too many near-misses on motos and have decided to buy your own.

52. You accept that greetings are a big deal and don’t plan to get anything done until you’ve asked how everyone’s second and third cousins are doing.

53. You wear scarves now for their usefulness as moto-helmet-grossness protection. 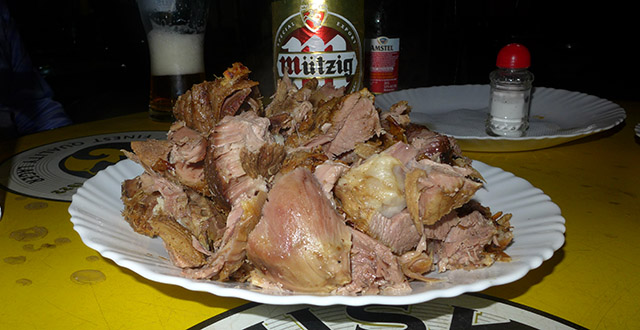 54. It’s crazy to you that the ‘Western’ world doesn’t eat more goat.

55. You’ve realised that the best way to shop at Kimironko market is to give in and accept the help of an eager personal shopper/bag holder/price bargainer boy.

56. You’ve signed up for Kinyarwanda classes at least three times and still don’t speak the language. (But you remain optimistic that one day it’ll happen.)

57. Weather should be perfect every day and you’re not willing to accept anything less.

58. Polo is played on motos, not horses.

59. You’re the jerk that argues with moto drivers over what is essentially 15 cents because, you know, it’s the principle.

60. Toothpicks are an essential part of any meal.

61. If you’re feeling lonely, you know that obliging random bus passengers with your phone number will ensure that you’ll get several phone calls calls a day. Every day. Until the end of time. 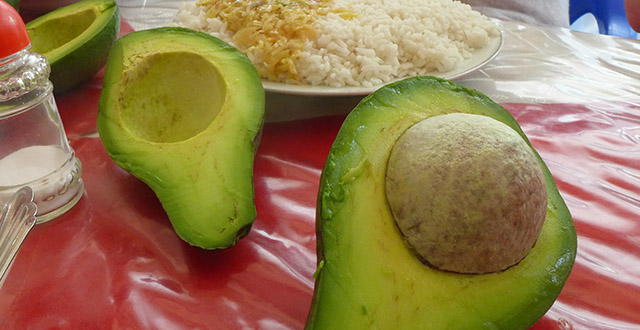 62. You know what a perfect avocado is.

63. You’ve gotten used to having a gardener.

64. You say ‘oya’ when people say something wrong, even when you’re outside Rwanda.

65. You talk more about where to buy tampons than a person really should.

66. You order ‘fried lice’ and nobody bats an eye.

67. You have a favourite rainy season.

68. A luxury taxi for you is one where all of the doors open and windows work.

69. You’re perfectly fine with buying a cheese wheel or a yellow jerry can full of milk through a bus window. 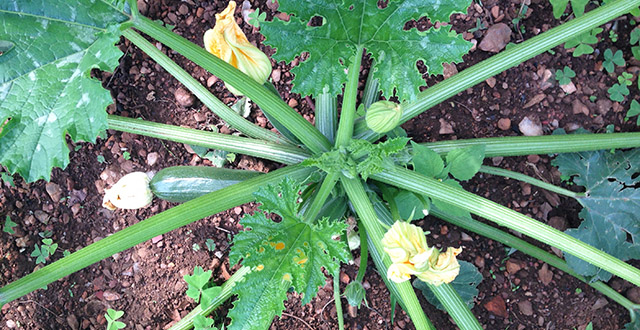 70. You know that gardening in Rwanda requires little more than throwing a handful of seeds into the fertile soil and waiting for nature to take it’s course.

71. Discussing the progress of your vegetable garden is perfectly normal small talk.

73. You are no longer freaked out by the monkey curiously peeking through your bathroom window… just mildly annoyed.

74. You’ve learned that ‘wife’, ‘boyfriend’, or ‘girlfriend’ are guidelines really…

75. You know it’s time to start panicking when Nakumatt has run out of shampoo and conditioner.

76. You’ve discovered that Valium is sold over the counter. 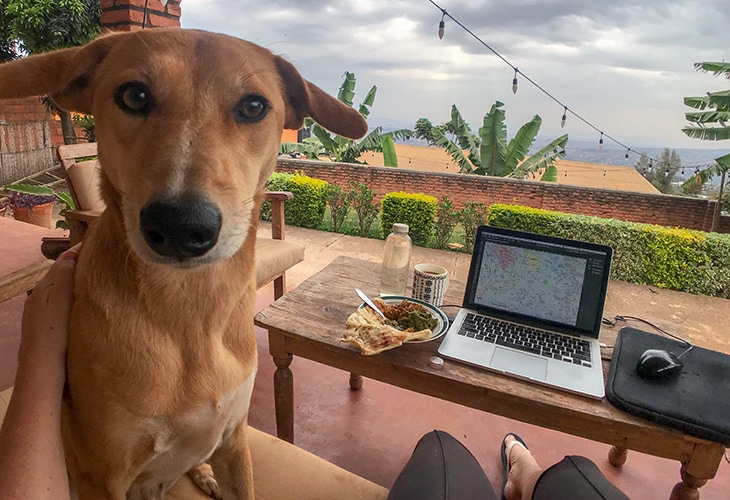 77. You’ve fallen in love with a Rwandan street dog.

78. You are usually too lazy to un-knot your mosquito net, so it just kind of dangles above your bed like a giant… sac of nuts.

80. You’ve gotten used to being contacted by MTN three times a day and worry when you don’t hear from them.

81. You’ve brought a motorcycle helmet from home and have forgotten it at every bar and restaurant in the city (but it always seems to return to you).

82. You share your bathroom with a family of geckos and regularly rescue little Timmy from the bathtub.

83. You’re no longer grossed out by the twice yearly invasion of moths, flying ants, and grasshoppers.

84. You’ve still never figured out when, exactly, the rainy seasons start and finish and have stopped trying to.

85. You’ve been hearing rumours for about three years now that some awesomely amazing person is creating a Kigali street map and have stuck around long enough to see all three editions!

86. You have a ‘guy’ for everything. Plumbing, electricity, fridge fixing, firewood sourcing, taxi driving, and on and on.

88. Your road trips to Butare are motivated by ice cream.

89. You feel like the Marriott and convention centre have been under construction since the dawn of time and are dubious about whether they’ll ever be completed.

92. You remember hearing two years worth of burrito-related rumours and rejoiced when Meze Fresh finally opened its doors.

93. Sweeping the grass and, yes, even washing the palm trees is normal. Nature gotta stay clean, yo.

94. You converse with government agencies more on Twitter than you do on the phone.

95. All together you’ve spent a combined 47 days of your life waiting for government officials to get out of meetings.

96. Your contract has ended and you’ve made an attempt to find work as a consultant in order to stay longer.

97. You’ve left Kigali at least once but keep on coming back because, where else really matches up?

98. You’ve read this far because most of these things apply to you. 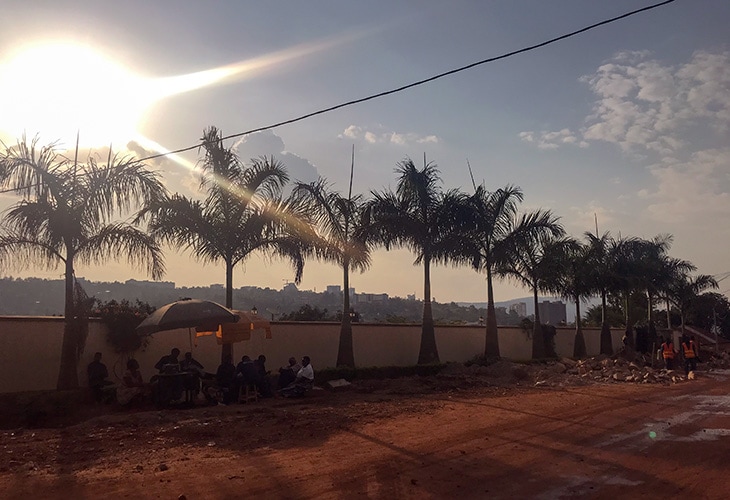 99. Kigali’s beauty still makes you smile on a daily basis and you count your lucky stars that you’re able to live here!