Supermarkets in Kigali tend to be spread out, small, and surprisingly expensive. Often, finding what you need requires visiting a bunch of different stores in a single trip.

But Kigali’s supermarkets are getting better, and they can often surprise you. With a bit of patience and planning, you can usually figure out which supermarkets have the best selection for you.

To make it a lot easier, I’ve compiled a quick list of the best supermarkets in various neighbourhoods around Kigali. Use this as a guide to plan your next shopping trip and let me know if I missed anything.

Simba is a chain of supermarkets with branches across the city. They’re generally the best-stocked and most reasonably priced supermarkets in Kigali. Aside from various imported goods and local fresh produce, Simba also has a bakery, a large toiletries section, electronics, toys, and much more.

Basically, it compensates for a sparse grocery department by being a bit of an ‘everything store’.

La Galette is a very expensive supermarket selling imported ‘Western’ produce, canned goods, cheese, homemade ice cream, a huge range of alcohol, and good quality meat. The prices can be quite shocking the first time you visit, and it’s best avoided if you’re shopping on a budget.

But if you’ve moved to Kigali and you’re missing something from home, it’s worth a visit.

T-200 is a big homewares store selling cheap but decent products imported from China at wholesale prices. Ask someone in Kigali “Where can I find…” and they’ll probably send you to T-2000. Whether you’re looking for office furniture or kitchen appliances, new pots and pans or bed sheets, this is the best place to start your search.

There isn’t a huge selection of groceries, but you can find plenty of cheap canned goods, alcohol, soft drinks and juice, and other non-perishables. T-2000 also has a small section dedicated to Chinese ingredients and produce.

Sharma is a small family-run Indian supermarket just down the road from Simba. They have an excellent selection of dried beans and peas, rice, spices, and grains. Not to mention the best samosas and tahini in Kigali.

Sharma is a good backup if you’re in town and there’s something you can’t find in one of the bigger supermarkets. They pack a lot into a small space, with plenty of surprises on their shelves.

Kime is a mid-sized supermarket with all the basics: a small produce section, a meat counter, a bakery, an okay selection of frozen fish, local Rwandan foods, and imported non-perishables.

It’s just down the road from Kigali City Market, making it convenient if you’re picking up cheap fresh fruit and veg from there. However, Kime doesn’t have any dedicated parking, which is an issue when it’s busy. You’ll need to find parking close by.

Many of the supermarkets around town that carry a decent selection of meat will get their supplies from the German Butchery.

So if you’re stocking up on meat, you could save some money by going directly to the source!

Aside from selling the best meat in Kigali, the German Butchery is hugely popular for its sausages, Mutzig beer, and other German delicacies, all of which can be enjoyed in the onsite restaurant.

Sawa Citi is another chain that’s the closest rival to Simba Supermarkets in Kigali. The Kimihurura branch is Sawa Citi’s best-stocked location, with a good mix of local and imported products at reasonable prices.

The frozen section is probably the best in Kigali, and there’s a Bood bakery onsite selling bread and treats.

Patel Grocers is known as the best place for Indian spices and ingredients in Kigali. It’s a cramped little shop but often stocks products you can’t find anywhere else – and not just from India.

If you feel like experimenting with Indian cooking, stop by Patel’s to stock up on spices, grains, and other goodies. Or sit down for a delicious meal at Zaaffran Restaurant next door.

The MTN Centre also has a bank, pharmacy, beauty salon, souvenir shop, and cafe – just in case you want to run multiple errands at once.

Despite being one of the biggest supermarkets in Kigali, Simba’s Kigali Heights branch is quite poorly stocked. The grocery and fresh produce sections have all the basics, but that’s about it. You’ll often find a lot more products in smaller supermarkets.

Simba’s Gishushu is one of the most conveniently located supermarkets in Kigali.

It’s a bit smaller than other branches, but well-stocked. They seem to have taken the best of what’s on sale in the other locations and packed them into a lot less shelf space. I’ve often found myself leaving the much bigger Simba Supermarket in Kigali Heights to look for something here instead.

There’s also a popular cafe onsite where you can pick up some cheap fast food or a coffee.

This Sawa Citi is smaller than its sister store in Kimihurura, but it’s convenient for people living in Remera. As with the other store, there’s a Brood, and you’ll occasionally find some interesting foodstuff for sale at reasonable prices.

New Frulep is located a bit out of town on the road to Sonatubes.

It’s worth the drive, though, because many residents claim this is the best supermarket in Kigali.

New Frulep stocks all the necessities, along with a great meat section and plenty of imported Western foods. It’s also one of the best places to buy cheese and dairy produce.

Prices are also much more reasonable than similar supermarkets in town, so it’s worth driving out here and stocking up when you can.

Delistore is another wholesaler that supplies supermarkets and restaurants across Kigali.

It’s a small shop, but well-stocked with high-quality imported produce, frozen meat, and much more at great prices. Apparently, Delistore also stocks the best wine selection in the city.

Aside from the main open-air market, Kimironko probably has the highest concentration of supermarkets in Kigali.

Most can be found along KG 11 Avenue and the surrounding streets, including chain brands like Simba and Swa Citi. There are plenty of smaller, independent stores that are also worth visiting if you can’t find what you’re looking for at the bigger supermarkets.

If you’re coming to Kimironko for grocery shopping, stop by the following supermarkets:

Drymon is a big warehouse full of wooden pallets stocked with wholesale non-perishable produce. It’s basic, cheap, and many of Kigali’s supermarkets and restaurants buy their produce from here.

There’s an excellent frozen section and the usual assortment of random electronics and homeware you expect to find at supermarkets in Kigali. Drymon is also one of the best places to buy pet food in Kigali.

If you like buying groceries in bulk and you have plenty of space to store bags of food at home, Drymon is worth a visit.

Did We Miss a Great Supermarket in Kigali?

Let us know in the comments section and we’ll add them to the list.

Conor is the editor of Living in Kigali. A seasoned traveler, since leaving his small town in Ireland in 2011 (aged just 21) he has traveled to, and lived in, over 40 countries. 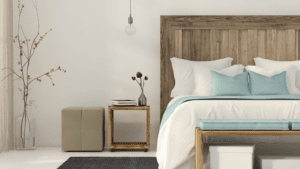 25 thoughts on “The Best Supermarkets in Kigali”