I like to think I’m pretty up on Kigali restaurants and knowledgeable of what’s new and where’s good. I guess it is sort of my job to be. But sometimes a place eludes me – for seven years. Preet is one of those places that has been on my radar since I arrived in Kigali in 2010 and started working on the website, but I’d never made too much of an effort to get there. Maybe it’s because I was never 100% sure of its location (turns out this map maker doesn’t like not knowing where she’s going…), or maybe because I had all of my Indian food needs met by Zaaffran so didn’t feel the need to branch out too much.

Well crap. I was a fool, a damned fool! Preet is one of Kigali’s best kept secrets. It’s one of those few places that people kindly request I not add to my website so they can keep it to themselves. But, be warned, that’s not how I roll. If you want to keep a spot to yourself, it’s probably best you cut me from your invite list because it’s these small places that people might not find on their own or think to go to that I especially love sharing. Besides, I already knew about Preet… I just didn’t know about how good it was. 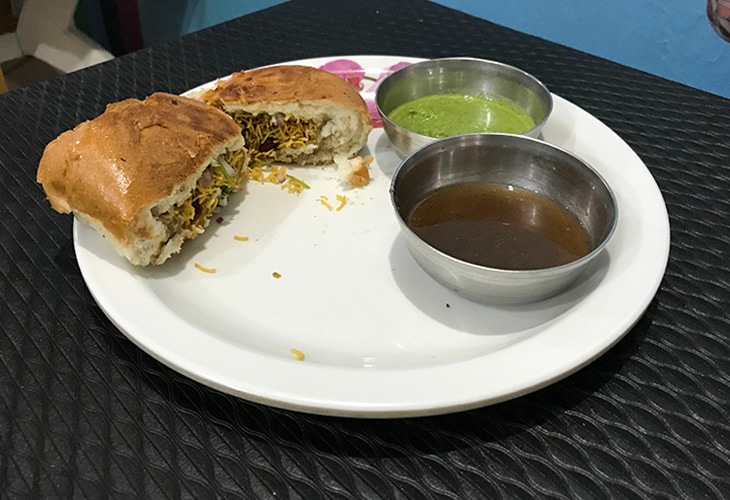 Preet, along with Fat Mama’s Kitchen serves up what I’m told is South Indian snack food. The menu is filled with things I’ve never heard of plus a few familiar items like dosa, chaat, and pakora. You won’t find your usual Chicken Tikka Masala and Palaak Paneers here, though! Actually, Preet is vegetarian so you won’t find chicken anything here, which is fine since, for me, Indian is all about the paneer. So if you’re mostly used to saucy curries found at the other Indian restaurants around Kigali then Preet offers up a great opportunity to try new things.

Luckily for me, I went to Preet with some friends who are very familiar with the restaurant and most of the dishes. Plus another friend of mine of Indian descent gave me a great list of things to try. Since we ended up being 11 people, we were able to order a lot of different things to try. Preet is great for a group meal with everything coming out quickly and without any mistakes. Plus the food is cheap and it’s BYO (bring your own alcohol) so there’s less risk of having an annoying time figuring out the bill at the end of your meal, especially when it’s all so affordable. The 11 of us ate extremely well for a grand total of Rwf 42,000. 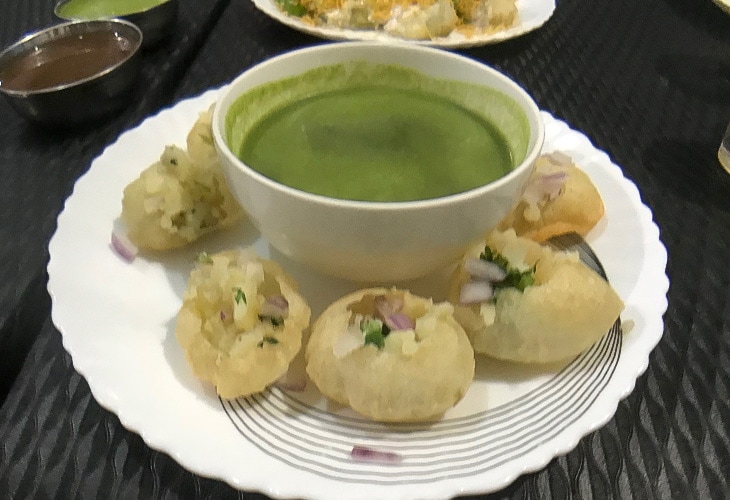 The Dahi Sev Puri (Rwf 2,000) was described to me by my friend as ‘creamy paper wafer balls’ so, of course, I was intrigued. I had these for the first time recently in Nairobi where I got them as a takeaway dish and they came unassembled – for transport purposes, I suppose. I had a bunch of different components and no idea of what went where, so seeing the dish presented how it should be in an actual restaurant was an improvement! I totally did it wrong in Nairobi, that’s for sure. These delicate bundles of Indian flavours come with a soupy dipping sauce and they’re great as a lighter snack if that’s what you’re looking for. 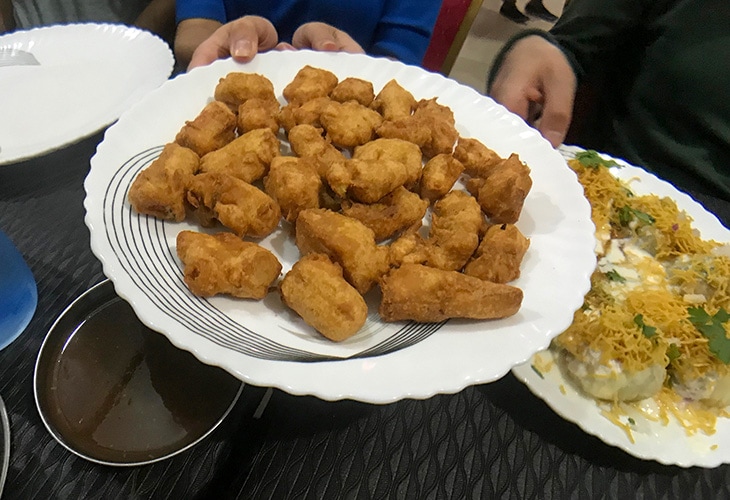 The Paneer Pakoda (Rwf 2,000) are bite-sized bits of paneer deep fried in a crispy batter and they’re amazing. I’m not sure if they came with a sauce to dip them in, but by the time all of our dishes were delivered, there were plenty of choices on the table. Or they’re just tasty on their own. They were one of the most popular dishes for sure. The Mix Pakoda (Rwf 2,000), a plate of mixed veggies fried in the same type of batter as the paneer, are also tasty. Though it’s really hard to beat fried cheese, lets be honest. 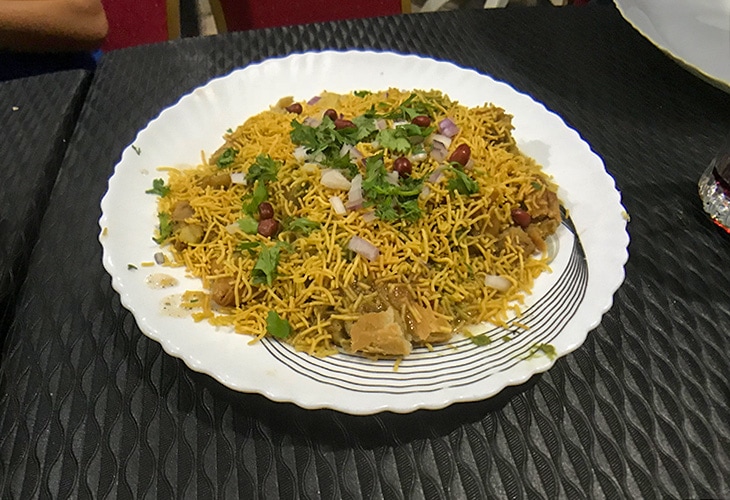 Another popular dish and one of my favourite foods of all time since discovering it for the first time at Fat Mama’s Kitchen is the Samosa Chaat (Rwf 1,500). Picture two vegetable samosas smashed up and covered with yoghurt, crispy things, onions, peanuts, and I think chutney for a delicious mix of sweet and sour and hot and cold with a bunch of different textures in there as well. It’s a big plate of delicious food for a pretty small price. Pani Puri (Rwf 1,500) seems to have similar toppings to the Samosa Chaat but with crispy wafer things like Dahi Sev Puri as the base instead of samosas. It was something totally new to me and was one of my favourites. 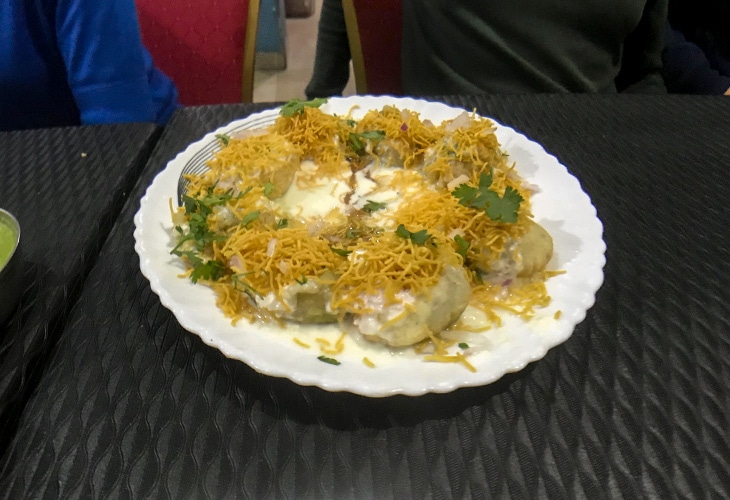 I didn’t get a photo of it because I was in the middle of an unseemly feeding frenzy by the time it arrived, but the Paneer Bowl was probably the favourite thing that I had (with the pani puri and samosa chaat a very close second and third). This is the most like a saucy curry you’ll find here, with small cubes of very good paneer served in a creamy sauce with just a hint of spice. I’m not sure it’s on the menu or, if it is it’s called something else but if you ask for ‘Paneer Bowl’, the gloriousness will come. 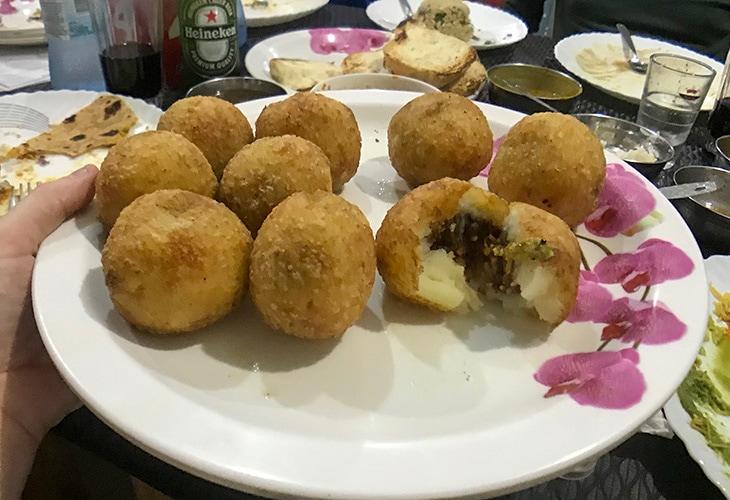 The fried balls were a hit at our table. Partly because we could make balls jokes but mostly because they’re really delicious. I’m not sure exactly what they are… maybe potato balls with a curry-like surprise in the middle? It’s hard to say, but they’re very yummy and a favourite of a good number of people in our group. I’m not 100% sure but I think these are called Petish (Rwf 1,000 for four).

One of our group noticed a refreshing-looking drink pass by and was curious about it. We were told it’s a lemon juice with pepper and a bit of chili. Obviously we were all intrigued so ordered one glass so we could have a taste of this interesting concoction. They very nicely gave us several small glasses of the drink, knowing our plan was to share it around anyway which I thought was a nice little extra service touch. Turns out the drink wasn’t for everyone… about half of us hated it, half liked it, and all of us agreed that it’s best not to smell it before drinking. I was one of the people that quite liked it and, though it’s not on the menu and I have no idea what it’s called, see if you can give it a try when you’re there and let us know what you think. 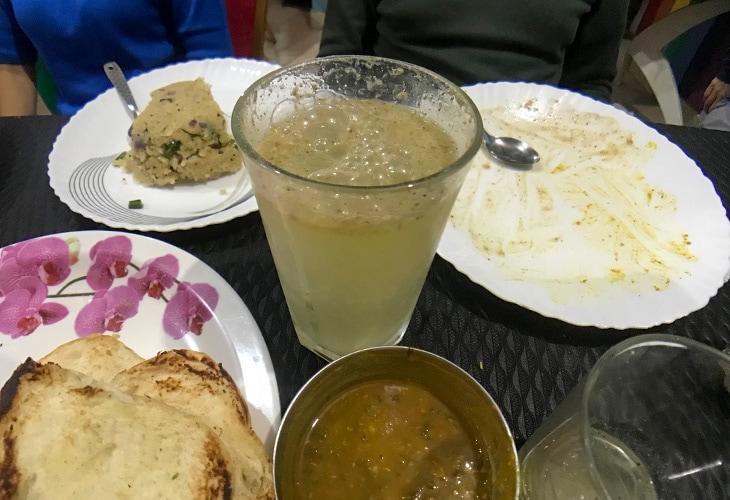 We were drinking beer and wine so, besides the mysterious pepper lemon drink, we didn’t sample other things. I’ve been advised that ‘chaas’ is lighter and better than a lassi, so maybe you want to take that advice and give it a try.

Preet isn’t flashy and as you’re walking to the restaurant down a dark alley in a sketchy-seeming part of Kigali, you’ll wonder what’s in store for you. The restaurant is small and super low-key with room for about 14 people inside and the same outside. Service is quick and efficient and the owner(s) were around the whole time and were there to answer our questions about the dishes, which was nice.

I’m a big fan of Preet and super bummed that I’ve only just made it there after almost eight years of living in Kigali. Ah! All of the great Indian food uneaten! But I know about it now and it’s close to the top of my list, especially if I’m looking for something a bit different for an easy group meal.

Check it out and let us know what you think in the comments below!