I was contacted by the Japanda team way back in June about their new restaurant and I was pretty excited to get this news. Then they submitted a ‘Grand Opening’ event for my calendar with a free soft drink as the only perk and this made me much less excited. A free pop? Though they might not have grasped what might make an opening ‘grand’, they have managed to do almost everything else right and I’m sorry that it took me so long to try this place.

Japanda is a low-key place with a small menu that’s only open for lunch. They don’t appear to have indoor seating and only have about five or six tables set in front of what seems to be either an office or a house. The view is really nice with one of the best vantage points I’ve found for taking in Kigali’s town centre skyline.

It’s sort of a strange setup and I’m not sure what happens when it rains, but when it’s sunny it can wreak a bit of havoc. Even though the garden tables have umbrellas to fend off the sun, they’re not really big enough and if you’re six people like we were, a couple people will get baked. However if you’re just a few people you can all scramble to one side of the table and move as the sun moves, I suppose. I enjoy sitting beside the small tree. It has become my friend. Another small downside is their scary concrete squat toilet with no toilet paper unless you ask. So, my advice to you: pee before lunch. 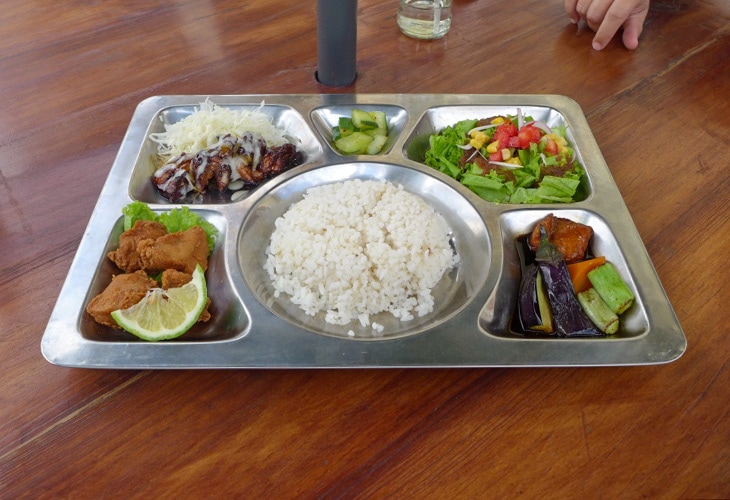 Japanese food is something I know next to nothing about. Besides the occasional round of quasi-sushi at Sakae, I don’t have a lot of experience with Japanese cuisine. So when I’m confronted with dishes such as ‘Tori-Q’, ‘Makunouchi’, and ‘Karaage Donburi’, I really have no idea what the hell is going on. Lucky for me, there were pictures on the menu that actually appear to have been taken of their own food (as opposed to being downloaded from some random website) and, even better, the waiter was there to give explanations.

Feeling adventurous, I opted for the intriguingly-named ‘Tori-Q’ which, as it turns out, is basically a cucumber salad. But wait! It’s so much more than just your usually pile of salted cucumbers. It’s mixed in with some seriously yummy shredded chicken, topped with a vinegary sauce, and it’s even got a slight chili kick to wrap it all into a refreshingly delicious package. The best part? It’s only Rwf 1,400 which I think is a steal. 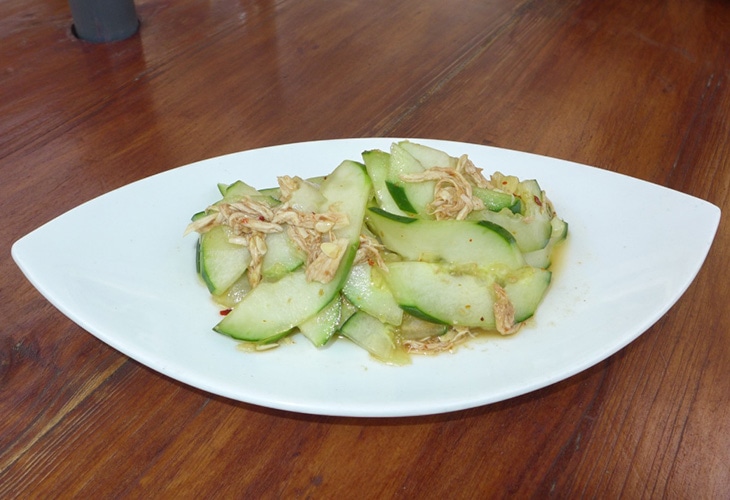 For my main dish I chose the ‘Donburi’ meal with ‘Karaage’ and soup which is a bowl of rice and shredded cabbage topped with fried chicken pieces and a couple of sauces. My only complaint about this dish is that it could do with more sauce. The rice and cabbage to sauce ratio seems to be off a bit. At least for me… but I’m a serious sauce-o-phile. I like it saucy, people, and this dish could have used just a bit more. But, that small complaint aside, this is a seriously good lunch. The fried chicken is absolutely delicious and for Rwf 3,500 it’s very good value for money. You can also order this dish with teriyaki chicken which is also very good. 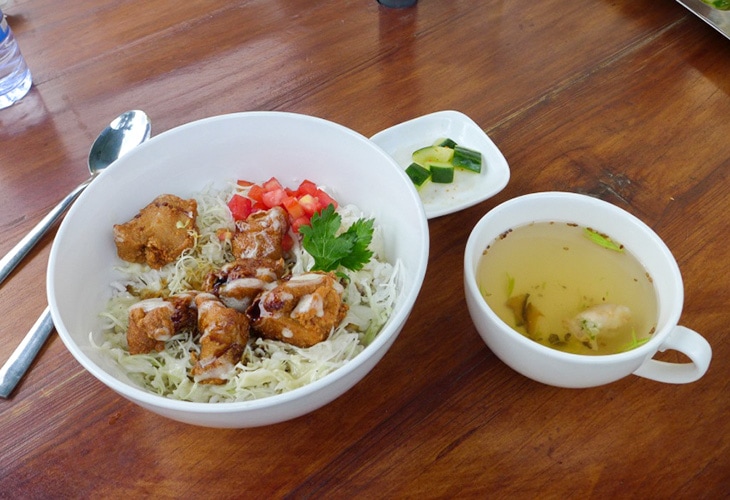 The other main meal option is something called ‘Makunouchi’ (Rwf 5,500) which is served on a large silver platter with various small dishes and a mound of rice in the middle. As a mound of rice without any sort of sauce to go on it really doesn’t tempt me, I’ve never tried this once but the variety of side dishes is appealing and my friend seemed to enjoy this meal.

In addition to their set meal choices they have a selection of really interesting side dishes. The ‘Tori-Q’ is a winner in my eyes but I’ve also tried the ‘Hiyashi Tomato’ (Rwf 800) which is a weirdly refreshing tomato salad with an onion sauce  and the fried ‘Tsukune’ balls (Rwf 2,400) which look delicious but were a bit dry for my tastes. You can also order the ‘Karaage’ chicken as a side dish of 7 pieces (Rwf 2,400) and they do chicken wings too which I have yet to try. 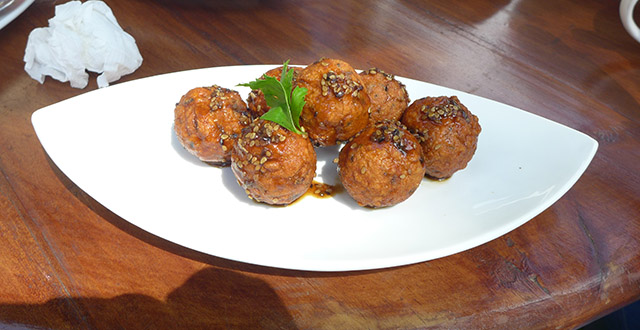 The menu is heavy on the chicken dishes… as in that’s the only meat on offer. A couple of the friends I was with weren’t too impressed with the lack of meaty variety. If you’re not into chicken then you’re kind of screwed since every dish seems to have a chicken element and for most it’s fried, which isn’t everyone’s thing. I like places that have a small menu and do everything really well, but adding a beef or fish dish might help appease those non-lovers of chicken and the variety would mean that I might eat there a bit more often.

As with the tables, parking is limited and, to be honest, pretty treacherous. You have to negotiate a narrow-ish gate and then head up a very steep driveway to get to one of about two or three tight parking spots. Leaving will often require shuffling cars around which might actually mean reversing all the way out and waiting and then heading back inside again. If your driving is as bad as mine is (which, to be fair, very few people drive as badly as I do) then I’d advise just finding a parking spot down a nearby side street. Be warned. 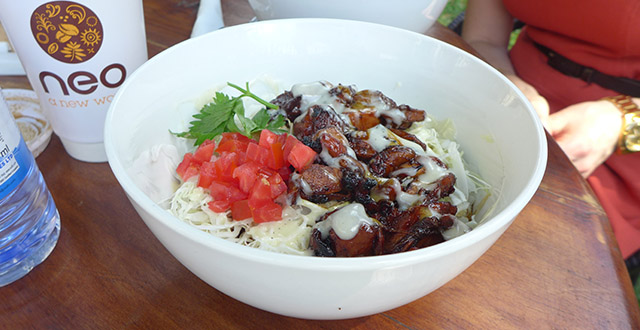 But Japanda is good and it’s worth braving even a scary parking lot for. It’s quick, delicious, you can really tell the ingredients are fresh, they’re consistent, and it’s a place that I can count on for zero hassles. Service is friendly and the waiter took the initiative to read our large order back to us… something that always impresses me in Rwanda.

Head to Japanda for a good, fresh, lunch at a great price for the quantity, served quick enough to be able to enjoy your meal and to get back to work before your lunch break ends. Just make sure you like chicken!