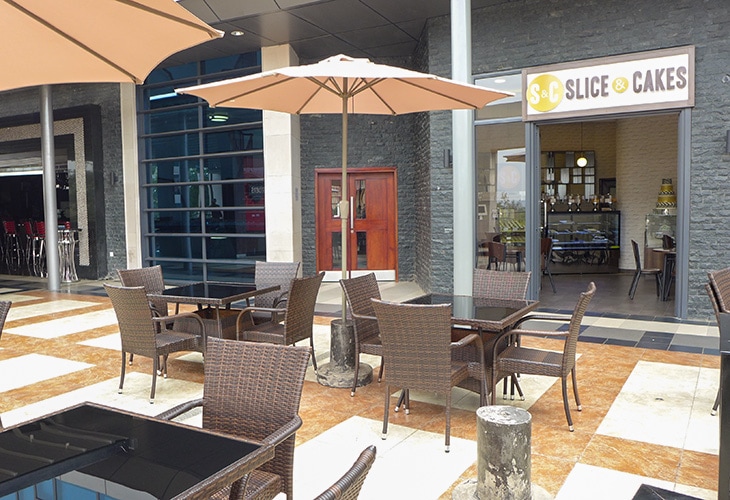 Slice and Cakes has been around since 2014 as a delivery service but, as far as I know, their location at Kigali Heights is their first store front in the city. They’re surrounded by some very good and popular places (Delizia Italiana, Rider’s Lounge, and Java House) but they’ve managed to carve out a nice little niche in the middle of some tough competition. 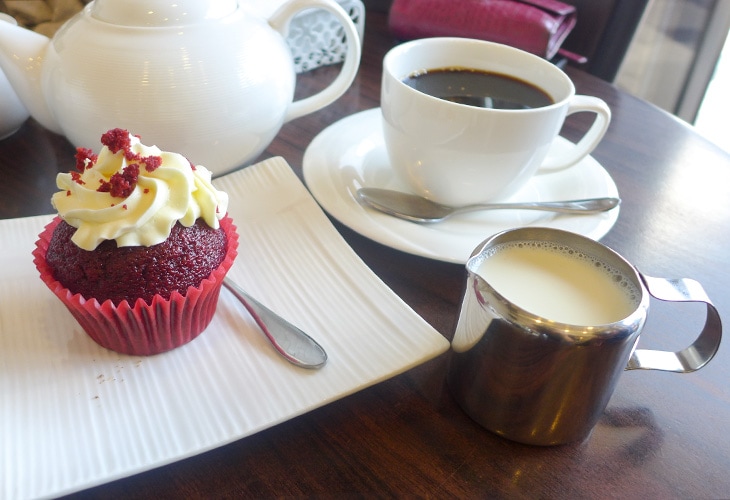 They stand out because they don’t try to do anything beyond coffee and desserts and they don’t seem to mind. Plus it helps that they do a pretty good job at both. They’re known for their cupcakes but they also do a decent selection of other types of desserts including lemon cheesecake, a tirimasu type cake, and a few other yummy things. 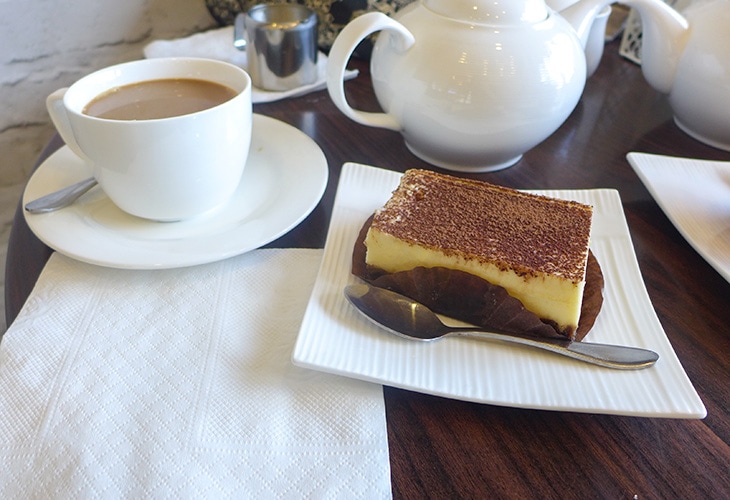 I’ve heard mixed reviews about the Slice and Cakes cupcakes (Rwf 1,500 each) and that some are very good and some aren’t quite as tasty. But cupcakes are personal! I’ve had one friend rave about the red velvet and another one tell me that they weren’t so impressed with it. Who can I trust? What can I do? Well, obviously try them for myself! So far I’ve only had the red velvet cupcake but I’m a fan. Unfortunately they don’t use the traditional cream cheese icing which makes me wonder how it’s a red velvet at all, but it’s tasty nonetheless. They usually have about four choices on offer – chocolate, vanilla, and lemon plus the red velvet. I’m going to say ‘red velvet’ one more time, just for fun. 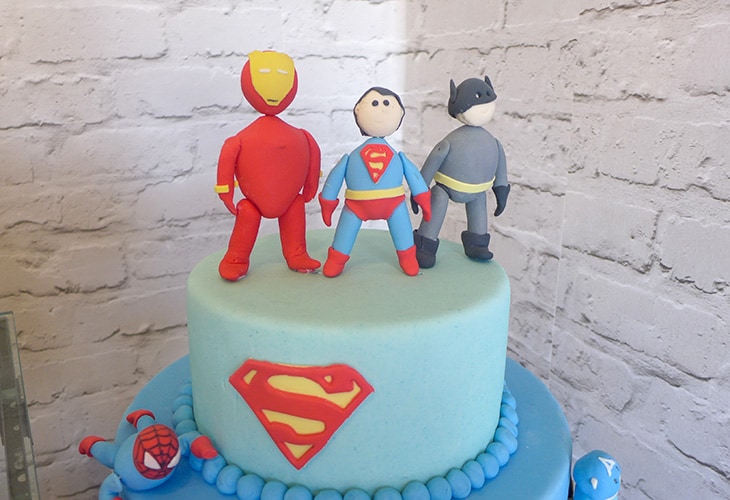 Before they opened their shop, they were well known for cake delivery and in their shop you’ll see a nice example of their ability to do magic with marzipan. Sadly, the Superman cake has been violated… Batman is now missing completely, and Ironman, Spiderman, and Superman have all been decapitated (and Superman is also missing an arm). But luckily I captured the cute superheroes in all of their glory before they were set upon by a madman. For ordering cakes they suggest you go to their website choose a design but their website doesn’t work anymore so I guess the best bet is to stop into their shop in person or to call or email to see what’s up. 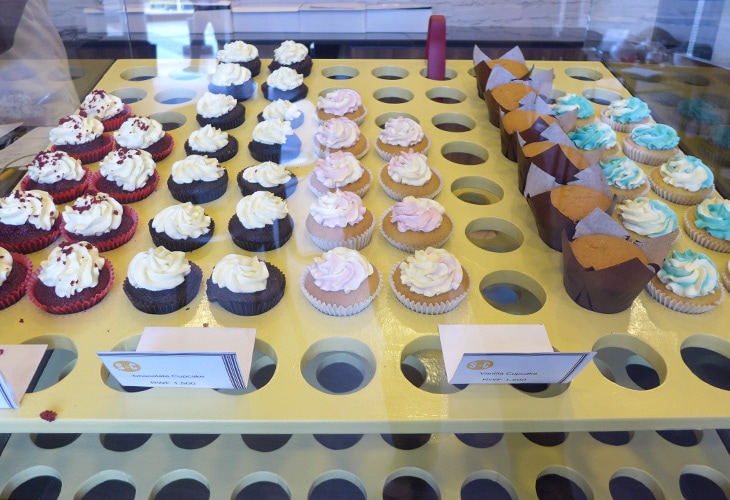 Slice and Cakes is only a small place so I really don’t have much more to say! The cakes and cupcakes and other desserts are really good, the service is nice, and the new outdoor sitting area they’ve added makes it a more inviting place to hang around in for awhile with something yummy and a coffee. Next time you’re at Kigali Heights, give them a try and let us all know what you think in the comments below!