Notes from a Kigali Addict

I have just officially come back to Kigali, after being here on and off since 2012. Stepping outside of my home this evening, I was struck by the exact orange hue of the Kigali sunset, and the fact that I had missed it so deeply without remembering that I had missed it at all.

Over the past few days, I’ve remembered so many things that I seem to forget every time – both good and bad. Not the big things, like how clean Kigali is or how beautiful the surrounding hills are, but little things – like the woman who sells me eggs at Kimironko Market and keeps one of her chickens with her at all times, my excitement at mango season, the musty mosquito nets, the unreliable water pressure, businessmen in full suits on the back of motos, and the light reflecting off of the big buildings in city centre.

I know it is hard to believe, but there was once a time in Kigali before Brioche, Brood, and Inzora Cafe‘s awesome granola. Before the (somehow) plentiful cheese selection at Frulep, and before the 4G internet (is that actually still a thing?). I’ve been in and out of this city since August of 2012, and have still kept coming back for more. I’m constantly asked, as I am not a Rwandan, why I am so desperately “addicted” to this place. It’s hard to put it into words, as this city has changed, my communities here have altered and grown, and my work here has been slightly different every time. And yet, the idea of going more than six months without living in or visiting this place pains me.

I asked my partner, a man who was an economist in Kigali for the last three years, what he liked most about the city. He smiled and talked about Kigali’s approachability. “The way you can live the city, more or less. It is easy to engage with this place, and be engaged by it. Living here is easy.”

I remember sitting on the side of the road from Kigali to Gisenyi, ten minutes before Sina Gerard, waiting for the police to arrive after our car had been hit by a speeding pickup-truck driver. Our car was wrecked, and the truck had careened off of the road and into, a thankfully empty, little shop. The wall and ceiling had caved in over the truck, and yet the driver was unhurt. We sat on the side of the road waiting for assistance while growing crowds of people gathered around us. People both stared and sympathetically patted our backs and the car, and the community leader ran down from the opposite hill after seeing what had happened. As we were sitting there, my friend bleeding from his head but the rest of us miraculously ok, a man came over and offered to get us some water. He came back and gave us this beautifully chilled large bottle, and we drank thirstily while thanking him profusely, thinking it to be a gift.

After we were half way through with the water, he came back and tapped me on the shoulder. “1,000 francs, okay?” We handed him the money and started laughing. I laughed until I began to cry again, inciting even more stares. I understood it, though. This place is real. It can be kind yet harsh, fair yet uneven, and forever multifaceted. After all this time, I could never claim to  ‘know’ Kigali or Rwanda, yet I love it undoubtedly.

Immediately following the accident, I did not spend one moment alone. Our dear friend picked us up at the site and took us to the hospital. From there, we were ushered to lunch by another pair of friends. And so on went the next week. The community I have built here – that it is possible to build here – is different than many of those I have come across in my travels and various global settings. It is tight knit, welcoming, and conducive to difference. It hosts brunches, game nights, weekend getaways, and encourages international travel. It takes you to the hospital and lets you cry when work is not going well. It picks you up and dusts you off. It challenges you. It becomes family.

This city and country have taken me in. From the red dirt in the east to the pyretheum flowers in the west. From Lake Kivu to the twin lakes, and from Akagera to Nyungwe. I grew up here, and grew into myself. Kigali has seen me desperately sick, sad, and ecstatic all in the course of, sometimes, a week. In all of these states, over all of this time, I still feel the city’s love.

One random Wednesday, sitting in Masters in Nyarutarama, I had brunch with with a friend of mine about to leave the country for good. We talked about all the things she would be able to get once she lived in New York, about Ikea and the cheese selection at Trader Joes (I know I’ve mentioned cheese twice now, but it really is an important food group ). We talked about how working here had made her really tired, and how nice it would be to reunite with friends back home. We spent a lot of time talking up her move, and were so focused on our conversation that we accidentally left her keys and my phone and wallet at our table once we had left. Yes, we are idiots that probably deserved to have our possessions stolen. However, as we were heading out of the MTN center, our waitress at Masters chased us down with our forgotten belongings. We looked at each other, having just spent the last twenty minutes assuring ourselves of New York’s superiority, and fell silent. End scene.

So why Kigali specifically? What is it about this city? Neighboring Nairobi, Kampala, and Dar es Salaam all have better – and cheaper – internet. Nairobi has better food, Kampala has better nightlife, and Dar es Salaam is right next to the Indian Ocean and a stones throw from Zanzibar. And yet, I’ve had multiple friends leave and come back. I had one friend turn down a promotion to move to Kampala in order to stay in Rwanda. I had a friend move all the way back to the United States only to return to Rwanda four months later. No, I have not been tossed from my home country. Yes, I could get a job in the United States, and be in a place where I would have easy access to family members and friends I miss dearly.

I do not, at least technically, have a need for Kigali. Yet I am still here, as are you. Somehow.

See you all at Le Must on Thursday. 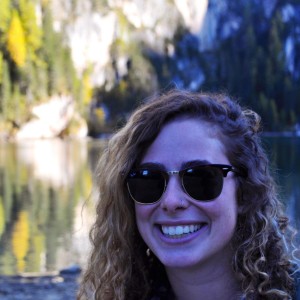 Though Leah is originally from Chicago, she grew up abroad in Hong Kong and London and has had the travel bug ever since. Perpetually on the road or planning imminent travels, she loves short layovers, mangoes, mountains, and lakeside naps.

1 thought on “Notes from a Kigali Addict”