Have you just arrived in Kigali? Don’t know a single person here and want to make some friends? Or maybe, like me, you’ve been in Phase 8 for so long that all of your  friends have forgotten you’re still in the city and you need to re-engage with the Kigali community? Well, you’re in luck! I present to you a giant list of things that you can do that other people will also be doing… and then you talk and interact and laugh and maybe, just maybe, you’ll have found yourself some friends!

Housemates are a great way to get an instant ‘in’ with new people. Assuming, of course, that your new housemates are sociable people who like you and want to include you in their Kigali social circle. Most of the people I know in Kigali are pretty close with their housemates and hang out with them, go on trips together, throw parties and all of that fun stuff. So if that sounds good to you, take your time when finding a house and make sure you get along well with your potential new housemates. Don’t rush these things. Moving into my house is how I met ‘Meryl’ – a very elusive but awesome breed of muzungu. If you’re lucky, you too will meet a Meryl of your own here in Kigali. Collect them all!

There are all kinds of random things happening in Kigali and I try to keep track of them on my events calendar. Just pick something that interests you and go! You’ll have to be a bit social in order to reach out to strangers, but people are nice and if you pick an event you’re interested in, you’ll have something in common to chat about.

Kigali has a bunch of options for sporty folks out there. Or if none of these things appeal, start your own thing! I know of people who’ve started up small running clubs just by reaching out to people on my forum. Or ask around for a tennis partner. Or start a yoga class or something if that’s your thing. Or tell people you’re from some obscure country, invent some ridiculous ‘national’ sport and see how many people you can get to look silly at once. You’re new, nobody knows you… have some fun with it!

People in Kigali are pretty friendly and house parties are a fantastic way to meet lots of people at once. So if a friend of a friend of a friend of a friend’s friend is having a house party… go to it. You might want to replace the ‘what are you doing and how long have you been here’ question with something a bit more creative but people will still talk to you if you come at them with this. Work the room, shmooze, mingle, exchange business cards, make plans to meet up later. Try not to get so drunk that you forget meeting them, though. Not advisable. Trust me. If nobody is inviting you to their parties, throw one of your own! Don’t have anyone to invite? Just let me know and I’ll whack it onto my events calendar and you should have at least six people showing up. Maybe seven.

There are lots of great causes around the city that could use an extra pair of hands and working together with others towards a good cause is a great way to bond. Group hugs, pats on the back and all of that good stuff. I’ve got a whole list of volunteering opportunities in Kigali but here are just a few I wanted to highlight.

A good teacher will probably have you interacting with your fellow students… a fine way to get chatting to new people as you attempt something new.

If you came all the way to Rwanda to meet other muzungus then, you’re in luck! I know where they congregate…

Chances are you’re in Kigali because you already have a job… so I guess this piece of advice is sort of lame. But having a network of coworkers is a great way to meet people. It will probably lead to a lot of wedding invites, new baby visits, and parties where everyone sits around and drinks Fanta but if you’re new to town then you probably have a few of these events in you before they get old. If you’re one of the solo, office-less workers who find yourself wandering like a laptop-toting nomad from coffee shop to coffee shop, check out The Office for a great co-working environment with a nice group of people working on interesting things. Also keep your ears open for people doing similar things to you. People here love to have meetings and if there’s someone out there doing something remotely useful to you, or vice versa, you’ll probably end up meeting them at some point.

Just being generally friendly and approachable will probably lead to random encounters in all sorts of places. Kigali is one of the friendliest cities I’ve lived in. Most people I seem to meet – both locals and expats – are curious about what you’re up to here in town and if you’re a somewhat normal person (or even if you’re not… I’ve done ok for myself) you should find meeting people here pretty easy. 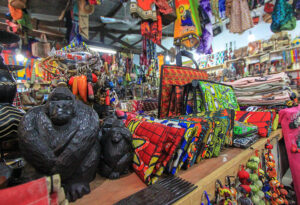 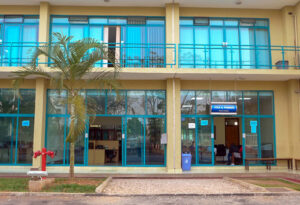 76 thoughts on “Meeting People in Kigali”