Nyamirambo is a pretty diverse and stretched-out neighborhood, encompassing the southwestern corner of Kigali – and a huge corner, at that! It’s a big place with the main part bordering and Kiyovu and then stretching all the way up the Mount Kigali hills into the distance.

This is one of the most vibrant and interesting neighbourhoods in Kigali. It’s full of mosques and many of the city’s Muslim residents live here. Unlike the rest of Kigali which seems to shut down at 8pm with everyone inside their homes, Nyamirambo hustles and bustles late into the night.

Nyamirambo is a fantastic part of Kigali but it’s not exactly well stocked with amenities and places that would appeal to a foreigner. It’s one of the city’s most affordable areas and you’ll still find a massive sprawl of small, low income houses here that have mostly been wiped out in other areas. As you travel up Mount Kigali, the houses become larger and nicer but they’re still not as new or modern as what you’d find in other neighbourhoods. However, the houses here come with wonderful views, they’re very affordable, and water and electricity are more reliable than you’d expect. This is where I stay when I’m in Kigali and I love it. 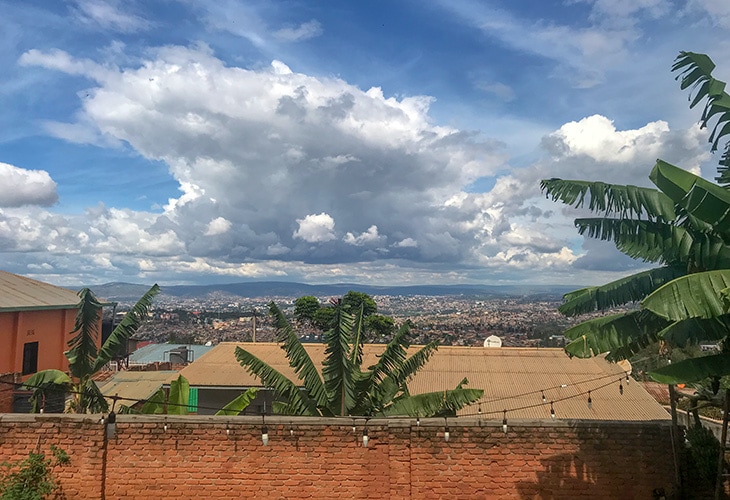 The obvious downside to living in Nyamirambo is the area’s location. It’s tucked way out in the southwest corner of the city and, if you live here (especially if you’re way up on Mount Kigali), you’ll have quite a distance to travel to get most places in the city. Town, Kiyovu, Kimihurura, and Gikondo are all pretty handy but anywhere else will be a trek. For easy access to all facilities in town (without paying too much in rent) this neighborhood can be a great choice, and people will think you’d cool and edgy (or weird?) if you live here. You’ll find no expat-ized mansions on the hills in this area!

There are a bunch of local bars lining the streets here and while you’re not likely to find akabenz (a pork dish), you are likely to find some delicious brochettes and Nyamirambo’s specialty – big fish. 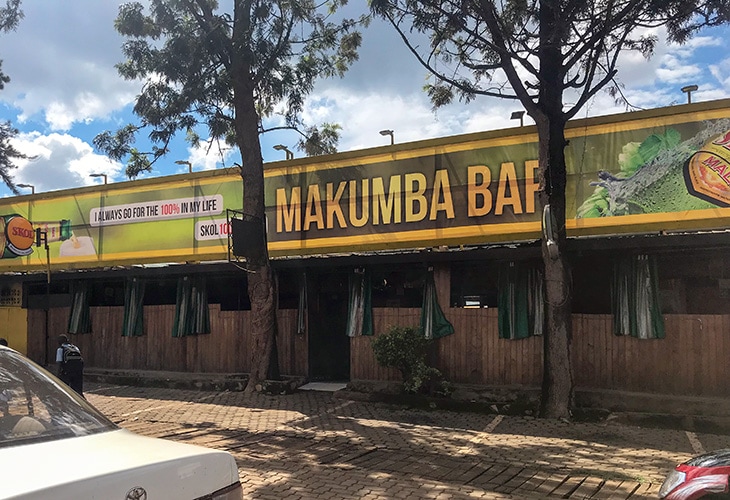 When the rest of Kigali has gone to sleep (except for a few bars and clubs scattered around town), Nyamirambo lives on! People are out and about in this area at all hours and many of the local bars here stay open late and make a good place to go dancing, especially in the area known as Cosmos. If you’re sick of seeing people you know at places like People and Sundowner and want to feel a bit more anonymous, come to Nyamirambo for a night out. 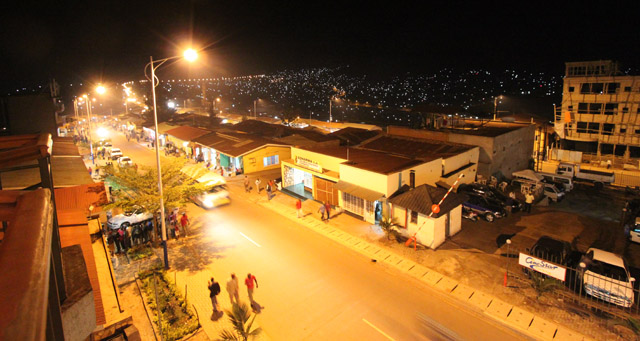 The bars here are cheap, the food is good (though it will take forever), you’ll often encounter strange forms of entertainment (like lip synching stripper-ish types and farting/barking comedians – no joke) and it’s a lot of fun. The toilets are generally pretty horrifying, though, so… well, I don’t really have a recommendation. Just expect the worst and that bad part about going out in Nyamirambo won’t seem quite so bad.

The main streets in Nyamirambo are lined with small shops with brightly coloured paintings on their walls selling everything from shoes to general goods to auto parts. There’s even a store that sells rice. Yep… just rice. It’s an interesting place to wander and if you feel like a day of shopping and want to stumble onto some interesting things, head here. Or if you want to have clothes made, the Senegalese tailors (supposedly the best in town) are all situated in this area, and the Nyamirambo main street has shops with a great choice of fabrics. 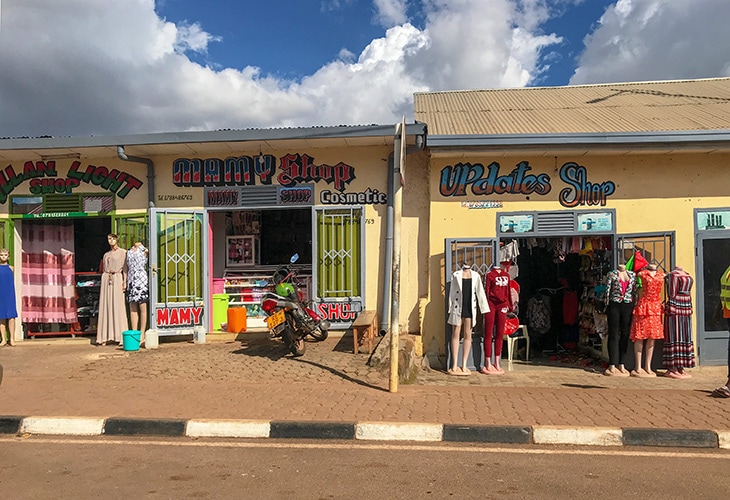 If you’ve ever had anything stolen in Kigali you might find it in one of the markets here. Rumour has it that this is where the city’s pilfered items end up especially car parts which find their way to the Biryogo area. 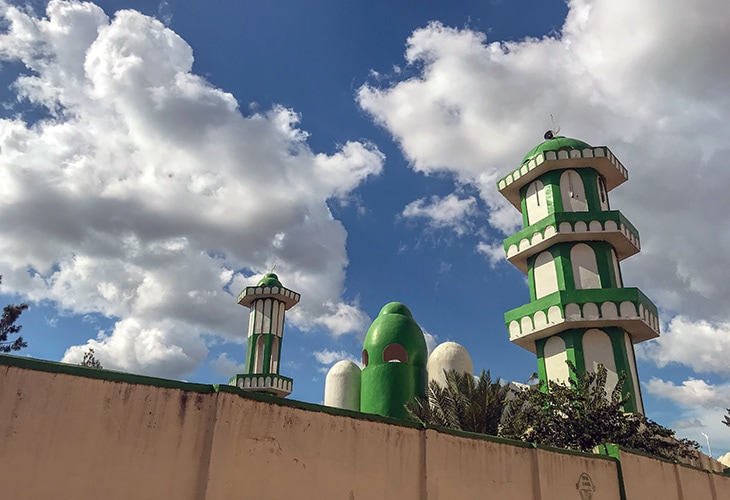 If you count going to a mosque as recreation or entertainment, then this is your place! There are lots of mosques here and the Islamic Centre’s beautiful grounds are open to visitors, just be sure to dress modestly and over your shoulders and knees.

If horses are more your thing, head up to the top of Mount Kigali to Fazenda Sengha, a beautiful spot with horses to take around their ring or on trail rides through the forest. They also have archery, a zip line, and a trampoline (I think) and a spectacular view.

You could even moto to the bottom and hike up to the top of Mount Kigali but, ever since a new road was constructed, it’s a lot less charming. It’s probably a better idea just to moto or drive to the top and then to spend some time wandering around the beautiful forested area. The air is fresh, there aren’t so many people around, and you’ll find some of Kigali’s best views. It’s one of my favourite places in the city. 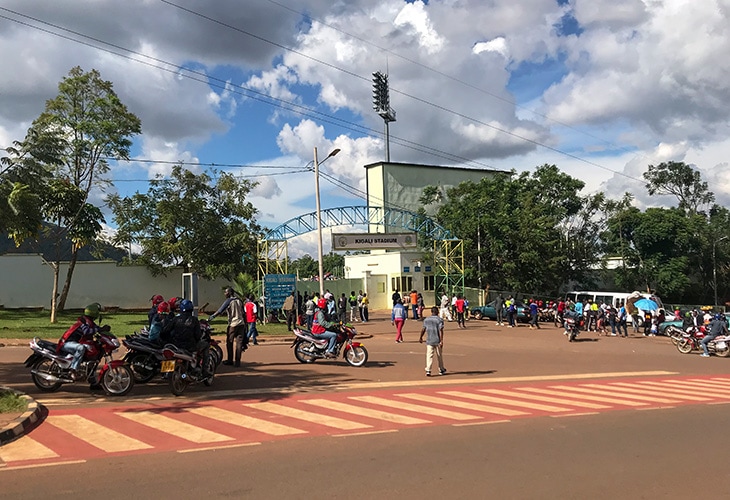 If you’re a sport fan, Kigali Stadium (more commonly known as Nyamirambo Stadium) is located here and it’s home to some very lively and loud football games for the local Rwandan league. If you’re into football and want a fun experience, this will certainly be a lively and loud day out. 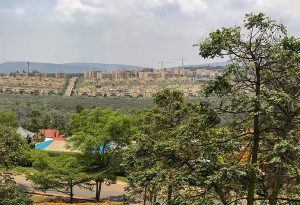 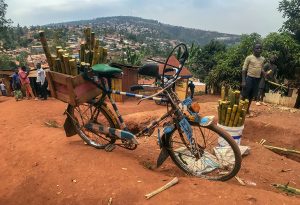 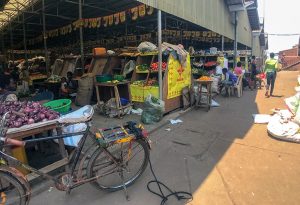