I first visited Lahori Taste a couple of years ago after stumbling onto it as I strolled through the Car Free Zone in town. I was curious about the umbrellas poking up on their raised patio overlooking the street below and I’m a sucker for a great patio, so I wandered up for a look. I found a small place serving Pakistani food which was intriguing enough for me to want stick around for a meal.

I think I visited them very soon after they opened so I was the only person in there. Since the sun was aggressively shining at an angle that made sitting on the patio quite brutal, I hid inside which isn’t as fun, but my sunburn-prone skin required it. Oh life can be so cruel! But inside was cozy and I was treated to some lovely service. 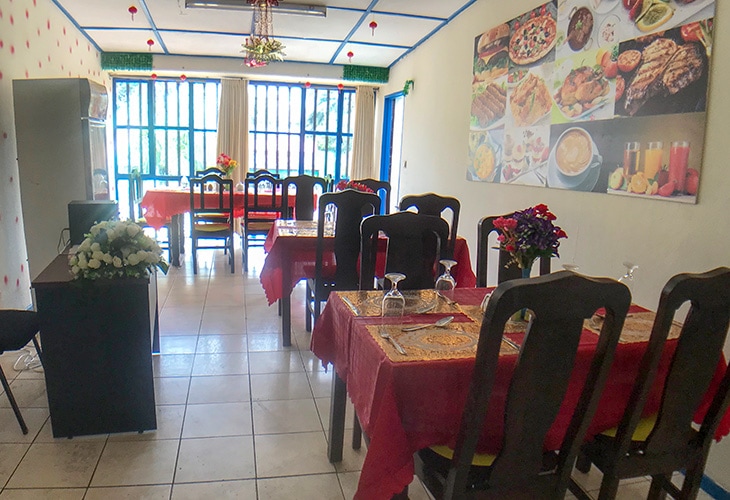 For such a small and unassuming place, their menu is gigantic and pretty enticing. As with many places in Rwanda, they hav a mish mash of all sorts of cuisines and you’ll find burgers, pizza, fish and chips, and even a couple of Chinese dishes – but the stars of the show are the Pakistani and Indian options. If you want to try something that’s specifically Pakistani and you’re not ‘in the know’, you’ll either have to ask the waiter or friendly chef for recommendations, or bust out Google to do a bit of on-the-spot research. I’ve never had Pakastani food but my Google searches had me intrigued to try it. As it turns out, the curries are quite similar to Indian curries but there were several things that were totally new to me.

One of the new things I had was the ‘Lahori Chef Special’ which was amazing. I got chicken in mine for Rwf 4,500 but beef and prawns are also options for Rwf 5,000 and 7,000 respectively. I’d never heard of this dish so the waiter suggested the chef come out to explain. He popped over in seconds and went through everything. He described it as ‘chicken in a curry sauce’ and similar to what you might find at an Indian restaurant so I decided to give it a go. Ok so it wasn’t too far out of my comfort zone but… baby steps! I absolutely love ginger and this curry was packed with ginger flavour including big chunks of it. If you’ve a ginger lover, you’ll be obsessed. If not, steer clear. 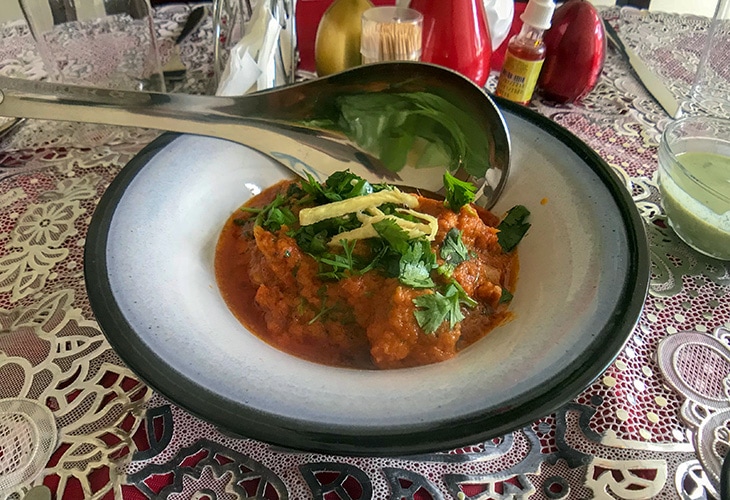 Be warned that medium was pretty spicy. I always think I’m way more hardcore with my spice tolerance than I actually am and I end up burning my face off. A quick request to the kitchen for a side of yoghurt is all I needed to solve the issue, but next time I’ll be ordering mild for sure!

The naan bread here is excellent! I prefer my naan not too doughy and not too crispy (I’m such a complicated being) and Lahori Taste totally nail it. I also love the added sesame seeds. They’ve got all of the usual types of naan including ‘methi’ and ‘kulcha’ which are new to me. Plus they’ve got a few kinds of roti and paratha if those are more your style. I ate way more bread than I normally would have because it was so good. And that’s all I have to say about their bread. 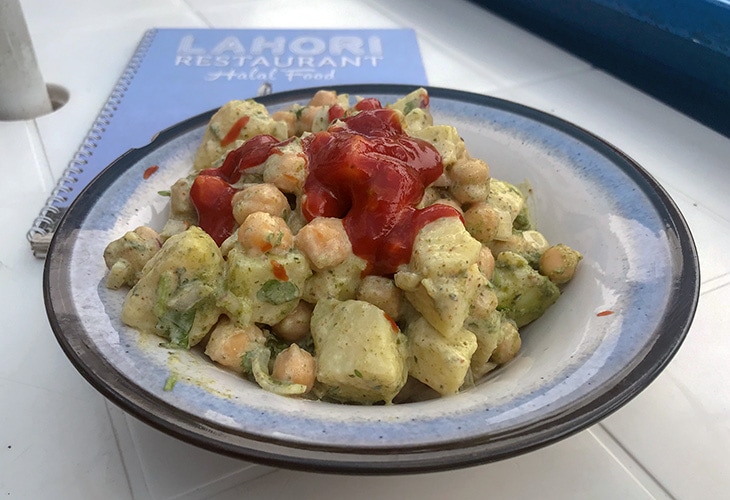 Sometimes you try new things and it totally pays off, and other times you order what you’re expecting to be an Indian dish and it comes topped with… ketchup! I was utterly confused by the ketchup-topped aloo channa chat because… ketchup? On an Indian dish? Against my will? The horror! Once I scraped away the sauce that I love so much, just not in this context, what lay beneath was delicious. It’s a sort of potato salad with chick peas and at Rwf 2,000 for a very generous bowl of the stuff, it’s got to be one of the best deals in Kigali. Just make sure to ask that they refrain from adding ketchup because that turned what would have been a glorious dish into something rather strange. 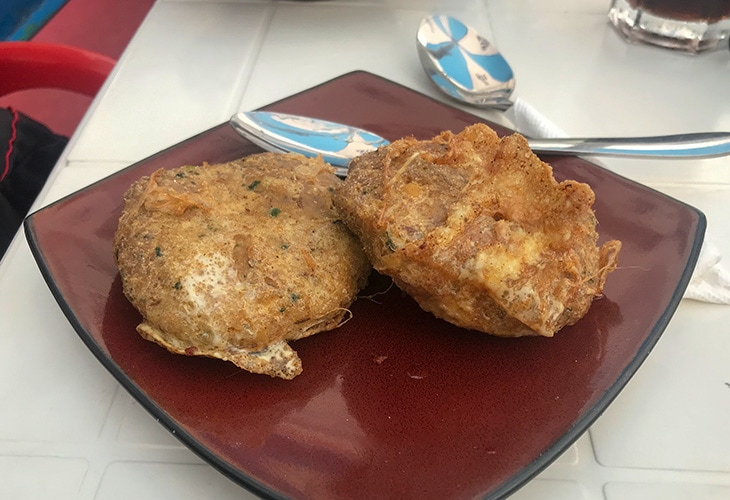 I ended up trying a few other things that were new to me and it mostly turned out well. The Shami kebab (Rwf 2,000) is another amazing bargain and super delicious. They’re sort of like spiced burgers and the flavour is amazing. It’s a dry dish so I found that dipping it in raita was a perfect compliment. It’s more of a snacky side dish and it would make a great starter to share as you get large two patties, which is another rather amazing deal, if you ask me! 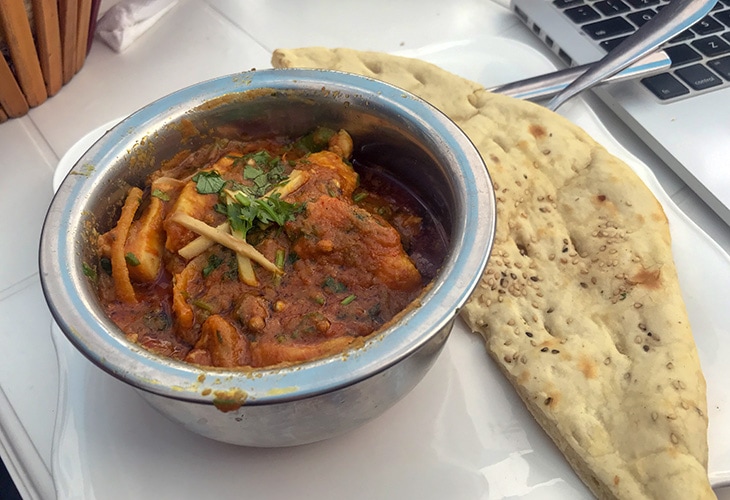 I ordered two curries on my more recent visit to Lahori Taste – one was a winner and one wasn’t. The chicken Kahari (Rwf 4,500) was an incredibly flavourful and saucy curry that I loved. It looked suspiciously like the Lahori Chef Special dish but it was more coriander seed-focused than ginger. I loved it. I was less into ‘Nihari’ (Rwf 4,500) which came off of the ‘Lahori Specialties’ section of the menu. I found it to be very oily and, by the time I got the takeaway back to my house, it seemed like the sauce had completely separated. It was also very flavourful but it’s hard to look past seeing that much oil floating on the top, so I’d give that one a miss in the future. 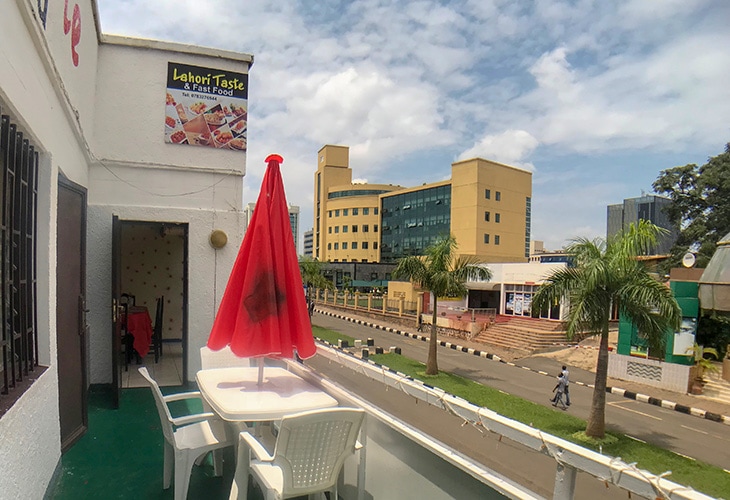 One of my favourite things about this tiny restaurant is their patio. Though the Car Free Zone seems to be more and more devoid of businesses, it still seems to have a nice vibe to it as people come and go. There aren’t many opportunities to eat in this city while overlooking the street and I quite enjoyed sitting up above and watching the Kigali world go by. Even if you’re not hungry, it’s a nice place to stop by for some tea with friends. It would be a great place to have a beer too, but there’s no booze at Lahori Taste.

All up I’m a fan of this small, low key spot. I love the patio and I found several excellent things here that I haven’t tried before which is always fun. I’ll be curious to try some of their more familiar curries and dishes so I can compare Lahori Taste to my favourite Indian restaurants in Kigali. I have a feeling it will stand up well! 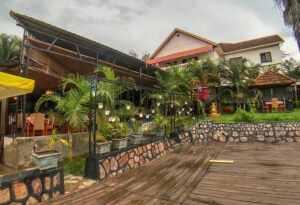 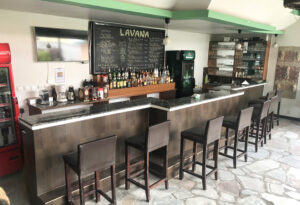 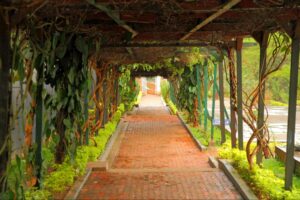 The Best Museums in Kigali

17 Best Apps for Living in Rwanda