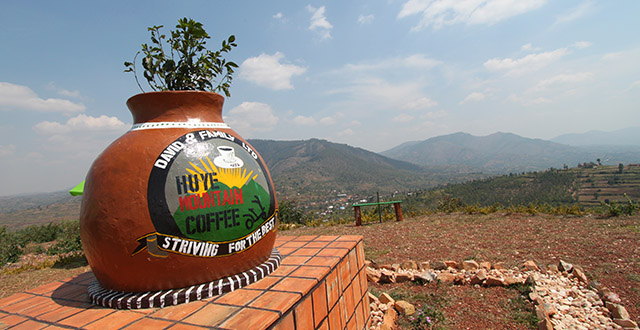 If you love coffee then you’re in the right country! Rwanda has some seriously good beans and they don’t have to travel far to find their way into your cup which means they’re about as fresh as they can get! But, despite living here for years, I’d really never heard of any opportunities to learn about coffee production here. It all seemed to be tea, tea, and more tea with the Sorwathe Tea Plantation people leading the way with their on-site accommodation and factory tours. But, little did I know, that a mere two hours away just outside of Huye (Butare) lies the Huye Mountain Coffee Company who run a pretty great little coffee tour that will give you the low-down on coffee production in Rwanda. 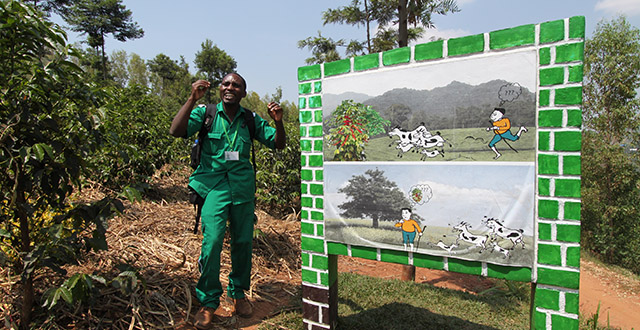 It turns out that I actually had some of their coffee at home and it’s my new favourite brand so it was kind of cool to get a chance to explore this specific plantation and factory. The Huye Mountain Coffee tour costs $50 per person (or $40 if you’re a resident of Rwanda) and can last for up to three hours (or less if you’re pressed for time). They told us they depart at 9am and 1pm each day but we didn’t roll into town until about 11am and they were happy to both accommodate our arrival, and shorten the tour a bit so we could get to Nyungwe Forest before the sun went down. 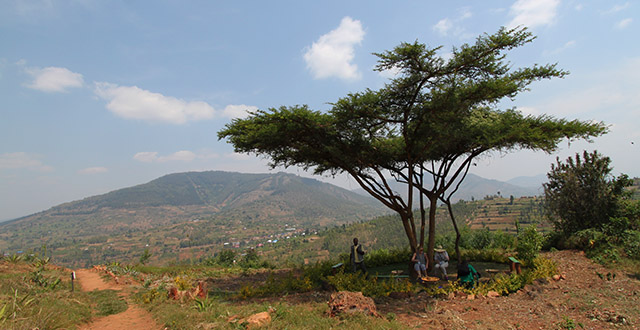 Aloys, the main guide, gave us a little intro to the company before we set out on our tour. After a short drive to the coffee plantation, you get to go on a not-too-strenuous hike up a hill with pretty fantastic views in every direction. After a few minutes walking you get a little lesson in each part of the coffee growing process. Little info blurbs about soil, pests, fertilizers, pesticides, and all of that fun stuff that agriculture nerds such as myself love. There’s plenty of time for nerdy questions, too, and our guide always had the answer. 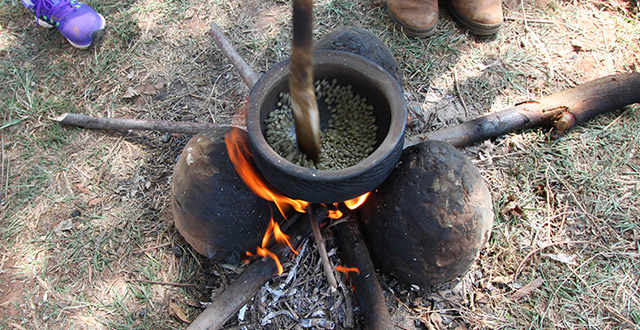 After about 20 minutes of walking and talking as you approach the top of the hill, you’ll see a pretty acacia tree with stools and a clay pot resting on three stones. The perfect setup for some old-school coffee bean roasting! Aloys whipped up a fire and we spent the next 15 minutes chatting, enjoying the view, and stirring some green coffee around the pot until we had our very own medium roast coffee beans. Then, after a bit of pestle and mortar action, we ended up with some ground coffee ready for the French press… probably just about as fresh as you can find! The smells wafting around in the air were pretty amazing and we were given some of the extra roasted beans and the ground coffee to take home. I’m looking forward to brewing it up. 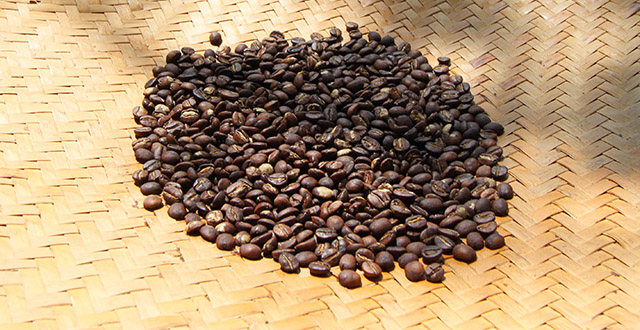 After the roasting rest we headed a bit further up the hill to a giant rock where we were told an interesting story of love, war, and chickens. The rock is pretty cool and it’s got an amazing view over the valley and is a fine spot for photos before heading further up the hill to the Huye Mountain Coffee tour monument at the top for another short rest and a bit of background on the company. 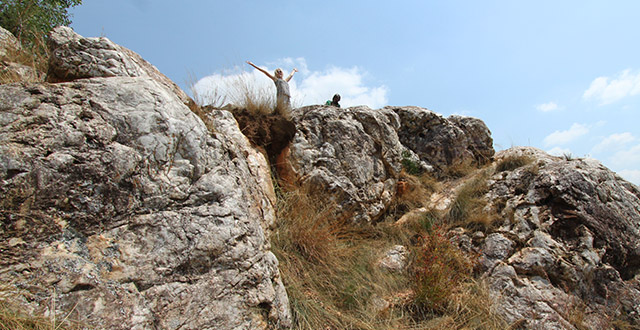 The plantation portion of the tour ends at the monument and we hiked down about 10 minutes to your car to check out the washing station. The main harvest time runs from February until June so our late July trip meant that the washing station wasn’t in action. But it was interesting to see the machine and to be walked through the processing process. Processing process… yes, I said that. If you’re super into coffee and want to see everything in action, take your tour during the main harvest period. But we weren’t completely out of luck since the cherries are still picked year-round, just in much lower quantities. The smaller number of cherries are able to be processed on a machine at the main office and that’s where we headed next. 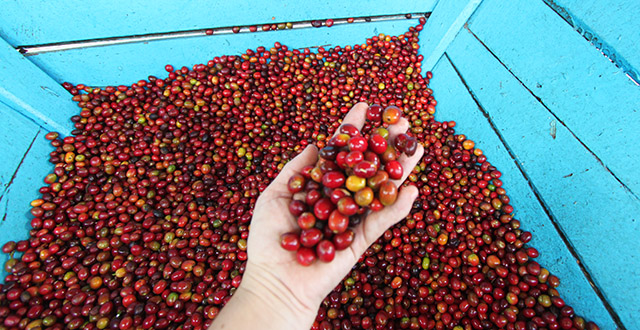 This is a really fantastic, professional tour and it’s exciting to see something of this caliber available in Rwanda. It’s a really great opportunity not only to see the coffee production process in action (depending on the time of year you go… aim for around June for prime harvest time) while also getting to take a nice little stroll up a beautiful hill. If you are planning on a shortened version of the tour, try to clarify at the beginning which portions you might want to leave out. We ended up not doing the cupping (tasting the coffee for various traits in the lab) to save time but, had we known in advance, we probably would have chosen to do that and leave something else off instead.

Overall the Huye Mountain Coffee tour is a really great way to spend a half a day and I’d recommend it!