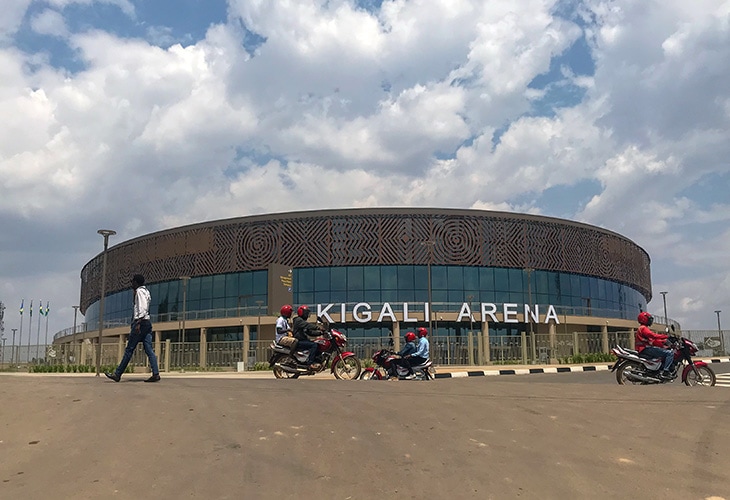 Remera’s got a lot going for it. Greeting you when you arrive from the airport with cheap guests houses and plenty of variety in eating and drinking establishments. The home of Amahoro Stadium and Kigali’s ‘Red Light District’ is full of brochettes, beer, sports, and local entertainment.

Remera and Kisimenti are a sort of node between a lot of neighbourhoods and you can easily get to Kimironko, Nyarutarama, Kabeza, and Kicukiro and it also serves as the gateway to the Eastern Province. This area is great for public transportation with bus routes aplenty and loads of motos and taxis zipping around at all times, day or night.

You can find all the banks you could ever hope to need in Kisimenti, which I’ve sort of just rolled into this article instead of treating it as its own neighbourhood. I mean, it’s really just a roundabout basically so I have decreed that it shall be part of Remera – for the purposes of this website, at least.

Though Remera has a lively central area with lots of banks, money changers, bars, and small supermarkets, it’s not really an area popular with foreigners in Kigali. Houses are affordable here and they almost always have an awesome view due to being built on the slopes going down from the main roads. There are many good deals to be had, but they tend to be a lot older and smaller than houses found in nearby Nyarutarama.

Less than five minutes drive from the airport, Remera is packed with numerous guests houses and a few hotels. The guesthouses here tend to be basic and very cheap and many are set in among the craziness of Remera’s local bar scene, so beware of the noise. Grand Legacy, Mirror Hotel, and Civitas Hotel all seem to be good mid-range options. Sportsview Hotel has recently closed down, taking with it their popular swimming pool.

So many to choose from, so little time! Besides having a pretty good selection of good restaurants, this area is packed with small local bars, so if you’re looking for a decent and inexpensive lunch buffet, Remera is a great bet. 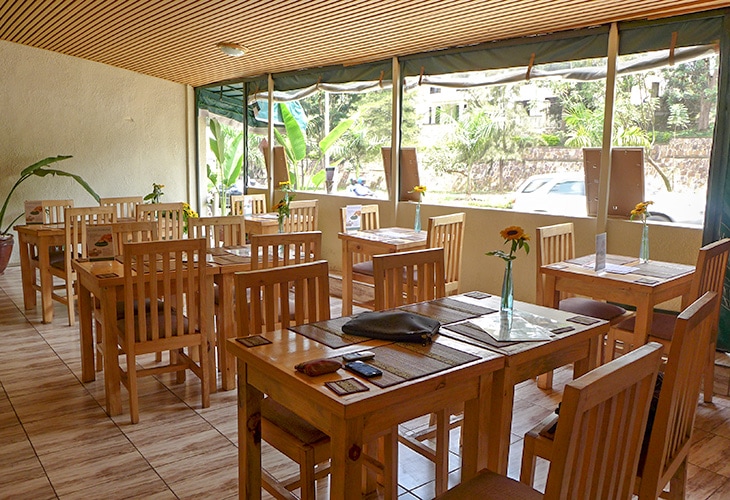 Remera has a surprising variety of nightlife and entertainment venues for sports enthusiasts, dancers and drinkers alike. It’s always abuzz with activity and if you end up here on a night out, it’s probably going to be a doozy.

You can easily find any grocery shopping basics in Remera, but it’s difficult to find anything too exciting. There are lots of small shops and Ndoli’s Joint is a well-stocked, medium-sized supermarket in Kisimenti. You’ll find Sawi Citi a bit further down the road towards RDB and that’ll be your best bet for imports. Rafta Mart and Carrefour are two small supermarkets located on the street behind Ndoli’s and there’s also a tiny fruit and veggie market on this road. 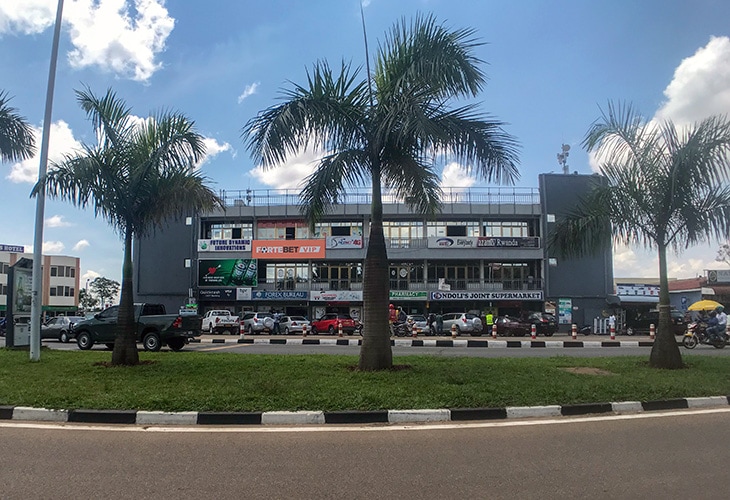 If the produce selection in the shops in Remera leaves something to be desired, you can hop on a bus or moto to Kimironko Market which is a mere 5 minutes away. It’s a huge market so might be overwhelming at first, but it’s a great place to buy fruit, veggies, dry goods and much more very cheaply.

For souvenirs, The Hope Shop is a beautifully curated shop with lots of lovely things. Plus they even sell J. Lynn’s baked goods now that they’ve closed their cafe. Impano Sports across from the stadium has cool sportswear that’s made in Rwanda. Even PK was rocking an Impaco outfit for Kwita Izina this year.

Amahoro Stadium and the new Kigali Arena rule the entertainment roost out here in Remera. The stadium is home to football matches and the occasional concert and event on the stadium grounds. Lauren Hill played here way back in 2010 when I first arrived and they’ve attracted a few other people who I’m told are somewhat big names, but I have no idea what the kids are listening to these days so I’ve never heard of any of them. Kigali Arena seems to be taking the help for concerts and they’re also home to Rwanda’s professional basketball league.

You’ll find a gym inside Amahoro Stadium and I’ve been told that it’s possible to run around the inside of the stadium under the bleachers. Petite Stade is here where they have volleyball and other sporting events and there are tennis courts next to it that are open to everyone.

Sportsview Hotel closed which has left a void in Remera’s swimming world, but Grand Legacy Hotel is nearby on the road to Kicukiro with a decent sized pool.