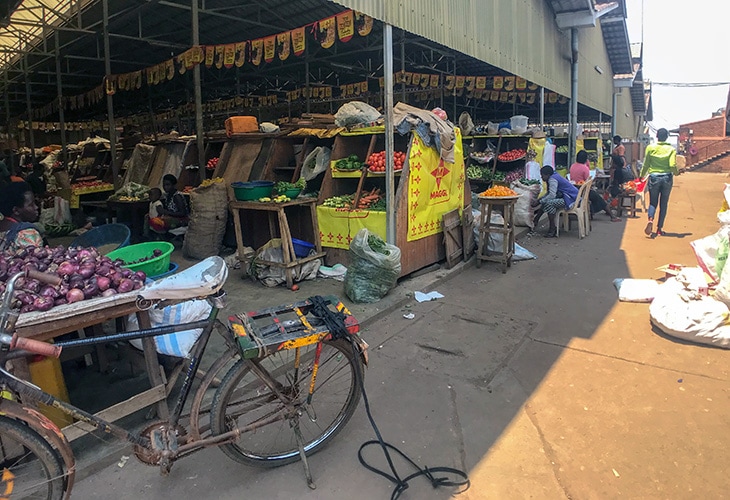 When you went from the airport and into town, you passed Kabeza, a residential area overlooking the Remera hill. In many ways it’s an up-and-coming area with a lot of construction going on, but since it’s close the airport and pretty far from town, it’s not very appealing for the foreigner crowd… except, I guess, for those doing a lot of plane travel.

As is the case in many of these less popular areas you can find nice houses for a lot lower prices than in more central places like Kimihurura. Houses are a mix of ridiculously huge new builds and older, much smaller houses. The further you continue down KK 18 Avenue, the more it becomes residential and then even starts to become sort of rural.

The pickings are slim out here, my friends. Remera isn’t far with some good cafe and restaurant choices but out in Kabeza the local pubs and small milk bars rule

I’ve never been on a night out in this area in my life… it’s quite a trek!

The main road is quite sparse as far as shopping goes. There are some small local shops where you’d get the most basic of the basics, but that’s about it. But this area has a great market if you head down the road a bit further.

I dunno… watch planes? There’s a small park outside the airport fence sort of at the end of the runway that might be a nice place to hang out if you’re into planes.