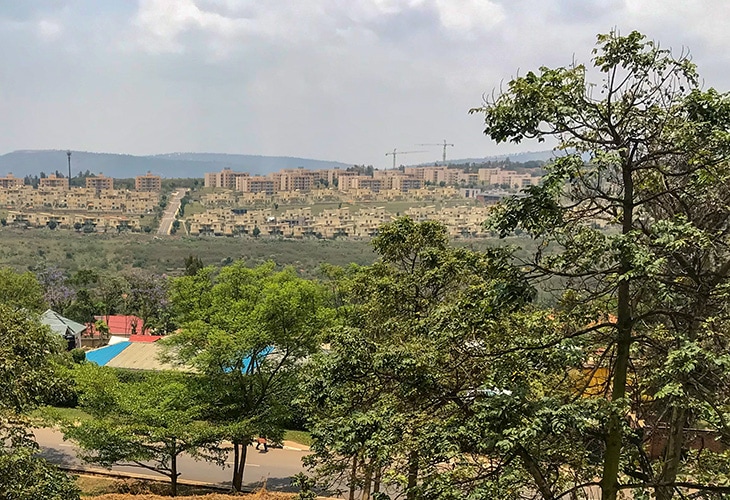 Gacuriro (GacuRIro, or GacuriRO? Or GacuLEEro?) is a neighbourhood that can be seen from the distance from many places in Kigali. It’s cookie-cutter houses line the perfectly parallel roads in a somewhat creepy, Pleasantville-esque way. It’s Kigali’s answer to suburbia and it’s actually a pretty fine place to live, especially if you have a car and/or a family.

This part of town used to seem very far away but Kigali itself seems to be surrounding the area, extending out past it to Kagugu and beyond. More and more amenities are popping up and the back road that goes through Kinamba means that it’s more accessible to town and the rest of the city than you might expect.

As mentioned above, this area is Kigali’s answer to suburbia. The houses here are all very similar, two-level buildings of various sizes. They’re relatively new builds and they feel modern and upscale with nice kitchens. The community itself isn’t gated, but each house has a gate and feels very secure. They’ve all got small gardens and there are even some shared public grassy areas where you won’t get in trouble for walking or playing on it. The houses toward bottom of the hill where it’s steeper have great views looking over the whole city.

These houses used to be a bargain due to their distance from other main parts of town but my guess would be that, now, they’re pretty pricey when compared to what you might find in neighbourhoods with older houses.

When I originally wrote this neighbourhood summary way back in early 2011, there was basically nowhere to eat and you had to venture into Nyarutarama to find anything interesting. But things aren’t as sparse out here as they once were and there are now a few excellent choices for a meal or coffee. Nyarutarama is still stacked with good restaurants and nearby Kibagabaga has also upped their game. 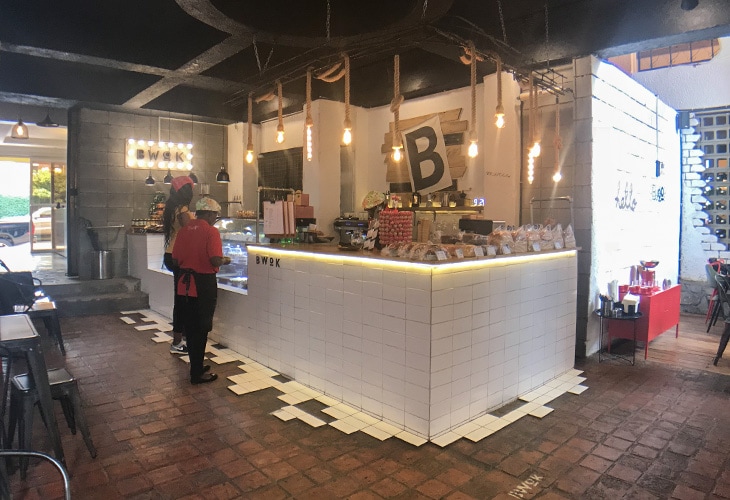 There’s one club in Gacuriro but I haven’t been there as its current incarnation. I did go when there was a place called K-Club in the same space. That was formerly known as B-Club. Now it’s Voltage. You can’t miss it, as they didn’t hold back in adorning the building with alternating flashing Christmas lights. Painful. Back when it was K-Club the prices were quite high, you could order bottle service, and the clientele were usually diaspora Rwandese. I have no idea what it’s like these days but the space is designed to be a clubby type place and I imagine it’s no different now.

A downside of Gacuriro is the lack of resources – though resources are not far. It’s only a few minutes to MTN Center by some motorized vehicle, and about 20 minutes walking from the estates. It also doesn’t take so long to get to Kisimenti, where you can hit up Ndoli’s and all the other small shops in that area, or you can find two Simbas in close proximity in Rugando and Kigali Heights. That being said, here are your immediate options.

Gacuriro is a great area for walking and running due to the quiet, suburbia-like feel. The fact that it’s basically built on the side of a huge hill might not be ideal, though. There are a few pools in this area now with Great Seasons having one that’s great for laps, and Rouge by Desir is a good spot for families. A bit further into Nyarutarama you’ll find Villa Portofino which has a nice pool with a cool view. 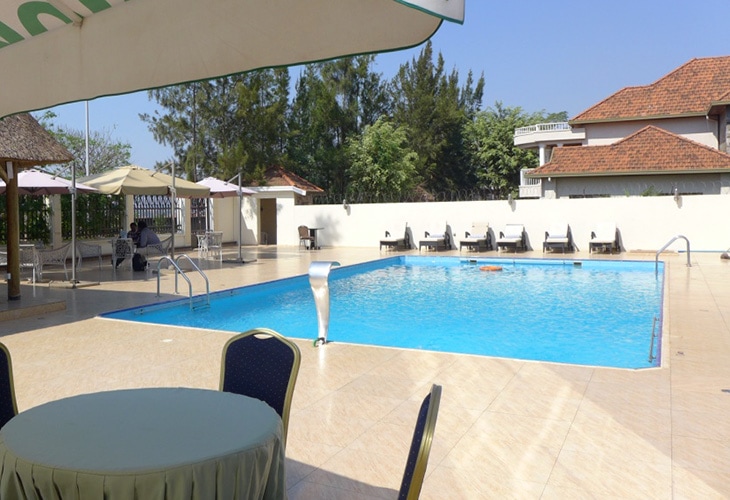 For gyms Cali Fitness isn’t so far away, located next to Twistiblendz, and Manor Hotel also has a gym though it’s a bit farther.

If you’re a church-y type then Christ’s Church Rwanda is here and it’s quite popular with foreigners. Plus they hold some events and performances here occasionally. Kwetu Film Institute is located up at the top of the hill and they used to have film nights and other events though I’m not sure what the deal is these days. They are involved with Rwanda’s Hillywood festival and usually hold some screenings at their location.